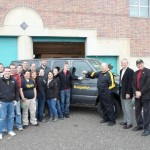 A team of Michigan Technological University students is developing a mobile medical clinic for the rural poor of Ghana. The students are converting a van that was donated by Husky Motors in order to build the clinic. The team was featured on TV6 News recently.

Biomedical Engineering Graduate Seminar
Assistant Professor Jingfeng Jiang (Biomed) will present a seminar, “Bio-flow Dynamics of Cerebral Aneurysms: Why is this Worth Exploring?” at 3 p.m., Friday, Nov. 9, in M&M U113. 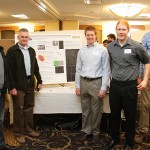 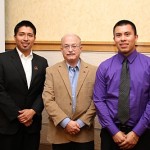 Grossman was César Chávez’s press secretary, speechwriter and personal aide and directed international media coverage of Chávez’s 1993 funeral in Delano, Calif. He still serves as a spokesman for the United Farm Workers of America and is communications director for the Cesar Chavez Foundation.

Assistant Professor Bruce Lee (Biomedical Engineering) visited the University of Minnesota Duluth on Feb. 16-18 to give a seminar in the Department of Chemistry and Biochemistry.

Prof. Megan Frost (Biomedical Engineering) traveled to Bethesda, MD Feb 1-3 to serve as a reviewer for the National Institutes of Health on the Bioengineering, Technology and Surgical Sciences (BTSS)Section Study.