Alumni Tee Off During the Second MBAA Outing 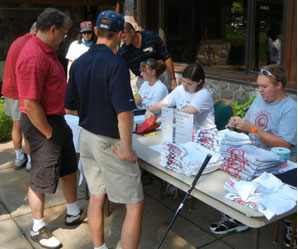 Twenty teams teed off at the second annual MBAA golf outing during reunion. The team of Alex Macleod, Evan Witt, Daniel Holmberg, and Cole Cook took first prize with a great score of 58 in the four-person scramble.

Golfers experienced hot temps for the first nine and a blessed breeze and cloud cover for the second nine with lunch in between.

The amount of golfers was double the previous year and plans are to double it again for Alumni Reunion 2012. 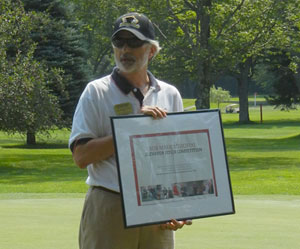