This week Ruth Archer, director of graduate business programs at Michigan Tech, was featured in the article How Online Universities Really Stack Up on Janine Swenson’s blog found at internetevolution.com.  Internet Evolution aims to view the future of the Internet through a prism of pragmatism – acting as an anti-bubble that eliminates hype, cuts through the ‘conventional wisdom,’ and provides an overdue dose of realism about where the Internet is headed. The blog discussed online education and included input from a professor, course developer, and student.

“It’s my passion to promote the Tech MBA programs and the MS in Applied Natural Resource Economics,” says Archer in her biography. Archer is quoted on the blog as saying “…a fully online MBA cohort program for Fall 2010 will duplicate the college’s traditional MBA program and share its accreditation by the Association to Advance Collegiate Schools of Business. Content delivery will be through a standard LMS along with a range of online activities. The university hopes the accreditation gives credibility to a fully online program that will attract students.”

The blog concluded that “…online learning that provides valuable, relevant content can work for students who have an intrinsic love of learning, along with self-motivation and discipline to work through and assimilate the subject matter.”

Check out the post and comments regarding Online Learning. 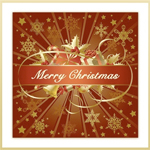 The School of Business and Economics at Michigan Tech wishes everyone a safe and happy holiday season! May your holiday season be jolly and full of good cheer!

While most of us were enjoying a break from classes and eating lots of turkey, Associate Dean Tom Merz and his wife, Mimi, traveled to Antarctica over the Thanksgiving holiday. Always thinking of the School of Business and Economics, they took the School banner with them and posed for this photo opportunity on Cuverville Island.

Dr. Merz and his wife have made it their personal mission to stand on all seven continents, and their journey is nearly complete as Antarctica is six of seven with only Africa left. Plans are in the works to visit Africa in the near future.

Mimi and Tom boarded the MV Fram in Ushuaia, Argentina the southernmost city in the world. They were aboard the ship from November 27th until December 4th.  The MV Fram is the most modern expedition cruise vessel belonging to the Hurtigruten fleet, roaming the polar waters and taking people to remote places where only few people go.  A detailed account of the expedition can also be found on the expedition’s blog. A favorite adventure of Tom and Mimi includes the entry on November 30th which recounts a family of whales hunting.

During March of 2010, a presentation recounting the trip to Antarctica will be held. Details of the location and time are still being worked out. The School of Business and Economics calendar will have updated event information when available.

Family supports the School of Business and Economics 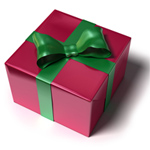 Michigan Tech’s School of Business and Economics is the recipient of a $450,000 estate gift from Albert and Rosella (Lenci) Mickus, a couple with local roots.

“Their gift will help the School of Business and Economics to advance our new mission and further our goal of academic excellence,” said Dean Darrell Radson. “Their generous donation will benefit the men and women we are preparing to work in an entrepreneurial business environment that is continually changing. It will be used to achieve our programmatic innovations, enhance our technology infrastructure and expand our ability to educate the business leaders of tomorrow.”

Albert Mickus, who was born in South Range, died in 2008, and Rosella Mickus, who was born in Hubbell, died in August 2009. As a student at Jeffers High School, Albert Mickus worked in his father’s grocery stores in South Range and Pequaming. He enrolled at Tech in 1942, was drafted a year later, served in the marines in World War II and returned to Tech on the GI Bill.

Halfway through his schooling, he was in a debilitating motorcycle accident. It took him two years to walk again; but, during his recovery, he met the woman of his dreams who would become his spouse–Rosella, a nurse who cared for him.

Albert spent his career at Kohler Co., headquartered in Sheboygan, Wisconsin, and retired in 1990 as executive director of distribution for the US and Canada.

Rosella Mickus graduated from the St. Joseph School of Nursing in Hancock in 1945. She served in the US Cadet Nurse Corps during World War II and worked in Ypsilanti hospitals while Albert was attending graduate school. After their son was born, she became a homemaker.

The Mickus’s son, Michael, who also is an alumnus, says his parents attributed much of their success to his father’s education at Michigan Tech. “He aspired to be a pleasant and helpful person,” said Michael Mickus. “He took care of his family. After their needs were met, he took care of his alma mater. He always appreciated Michigan Tech.”

This Mickus’s gift resulted from a charitable gift annuity that they established with the Michigan Tech Fund in 2003. As a result of this estate gift, Albert and Rosella Mickus were members of the University’s McNair Society and Hotchkiss Society.

Eric Halonen, director of major gifts and gift planning, said, “Their leadership gift is a wonderful example of how people can provide for their family and Michigan Tech at the same time. Because his Kohler pension would end when he died, Al wanted the gift annuity to fill this void for Rosella if he passed away before her, with the remainder to help Tech’s business school. We are grateful for Al and Rosella’s support.”

This article was featured in Tech Today on December 10, 2009.

Entrepreneur and Author Poppy King will be on campus speaking today. At the age of 18 Poppy started her own brand of lipstick that has grown it into a multi-million dollar company. She has authored a book called “Lessons of a Lipstick Queen” that takes you through her journey.

Check out Poppy on campus at the following Times: