Dr. James Conley, Professor of Technology at the Kellogg School of Management, in Evanston, Illinois, was a guest presenter in the School of Business and Economics on November 2, 2007. Dr. Conley was an advisor to one the SBE’s new business law faculty, Assistant Professor David Orozco.

While on campus he visited with faculty, talked with students in the classroom, and gave a campus presentation. His presentation was titled “Innovation & Invention: the emerging role of engineers and technologists in wealth creation.” His talk described how the US intellectual property system is designed to reward the innovator engineer, scientist, artist and inventor. He described why knowledge of property rights is critical to obtaining a competitive advantage in the marketplace and why ignorance ensures that the commercial benefits of innovation will be enjoyed by others.

Dr. Conley serves on the faculty of both the Kellogg School of Management and the McCormick School of Engineering at Northwestern University. He is a faculty contributor in the Kellogg Center for Research in Technology & Innovation and the Institute for Design Engineering and Application (IDEA).

Before joining Northwestern in 1994, he spent seven years at the Ryobi Limited Group in Japan. At Ryobi, he co-invented the first hand-held 26.2 cc, OHV 4-cycle engine for the lawn care markets with MTU Alum Ronald Hoffman. 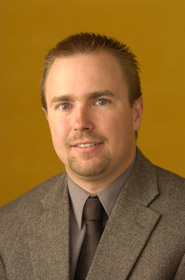 Joel Tuoriniemi, Assistant Professor of Business Law, was ranked 16th in RateMyProfessor.com’s first ever rating of all US college teachers. Millions of college students grade their professors on RateMyProfessors every semester for their easiness, helpfulness, and clarity on a scale of 1 (poor quality) to 5 (good quality). Tuoriniemi’s average scores for helpfulness and clarity were 5.0 despite a lower (3.9) average for easiness.

Sample comments from his students on RateMyProfessor.com include:

“One of Tech’s best teachers, and a great asset to the SBE. He tells good stories which actually relate to the material and does a great job of maintaining your interest.”

“Had him for Accounting, Business Law, and Intellectual Property Law. The best –.hands down. Tells hilarious stories and what ifs that relate to the material so you absorb things better.”

“He’s an awesome teacher. He doesn’t just teach the material but shows how you can relate it to real life situations. He makes himself very available to your needs. Take his classes. Also, he has fun stories”

“One of the best teachers at MTU. If more faculty were like him, students would WANT to go to school! He makes class fun and gets you thinking ‘real worldish’. Makes you work but you actually learn stuff that will help in the future!” 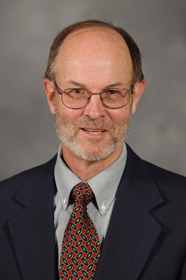 On September 18th, the University presented Dr. Thomas E. Merz the 2006 Faculty Distinguished Service Award . Merz, former Mayor of the City of Houghton, was cited for improving the relationship between the City and the University, for giving MTU students a voice in city government and for his active involvement in the establishment of the Michigan Tech Enterprise SmartZone.

The Robert Graff/ Friend of the Alliance Award is given to an individual who has devoted a significant amount of time on a volunteer basis to KEDA’s and the area’s goals of economic vitality and improving the community’s quality of life. The Award is named after Robert Graff, a banker who, upon retirement, worked diligently with KEDA to promote economic development.

The individual receiving the Friend of the Alliance Award works behind the scenes and does not expect recognition for his or her accomplishments, does not financially benefit from his or her efforts, and shows a true commitment to the economic health and well-being of the community.

This year, the Robert Graff award was given to Joel Tuoroniemi, who became a champion of a project that will bring many tourists, including silent sport enthusiasts, into the Keweenaw Peninsula year around, will help to flatten out the tourism “shoulder” months, and that will almost certainly act as the catalyst for start-up and expansion of many other Keweenaw businesses. 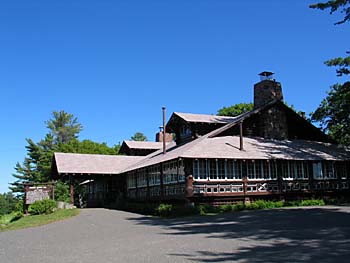 The winterization and expansion of the Keweenaw Mountain Lodge, originally built in 1935 by the Civilian Conservation Corp., has been an economic development project waiting to happen for many years. But it took this year’s award winner to make it happen. He pulled together a team of 12 motivated and talented volunteers, recently re-named the Keweenaw Mountain Lodge Advisory Board, that together with the Keweenaw County Board of Commissioners and UP Engineers and Architects, arranged for a comprehensive planning study to be conducted that paved the way for the approval of over $3 million of federal and state loans and grants in addition to local monies to make the project happen.

These monies will be used to winterize the Keweenaw Mountain Lodge and 19 cabin and motel units, construct a 6,000 sq. ft conference center, improve the facility’s infrastructure and purchase equipment.

This project will directly create 40 new jobs and indirectly create another 255 jobs for Keweenaw residents. It will also have a $5 million economic impact on the local community in its first year of operation, and will benefit businesses throughout the Keweenaw Peninsula.

Merz Down Under Again

Economics Professor Tom Merz is currently on sabbatical as a Research Fellow in the School of Economics and Finance at Curtin University of Technology in Perth, Western Australia.

Tom and his wife, Mimi, arrived in Australia in early July and will return to Houghton in January. This is Tom’s fifth visit to Australia. Tom presented a paper at and participates in a weekly seminar series. He was also the guest speaker at the Executive Dean’s Seminar Series. In early August, he presented a paper at the University of Western Australia and will make a presentation at Edith Cowan University in late September.

On August 24, Tom made his debut on Australian radio discussing MTU’s three Guinness record-breaking feats. On September 1, Mimi and Tom participated in Western Australia’s “Giant Walk,” an attempt to set a Guinness record for the most people simultaneously walking a given distance.

Tom gives 2 one-hour lectures weekly in an economics class with an enrollment of nearly 400 students. Once a week he lectures to 90 students enrolled in the Western Australian School of Mines.

In the photo above, Tom is seated second from the left. Seated at his right is Rami Rawashdeh, a PhD student from Jordan, who assists Tom in the classroom. Rami will be cooking Mimi and Tom a Jordanian dinner! Seated to Tom’s left are undergraduate mining students Jason Tyler, Sharon Ackermann, Kara O’Dwyer and Ashley Howard.

Located near the Indian Ocean, Perth has a Mediterranean climate (no snow!) and Curtin University has an enrollment of 31,000, 11,000 of whom are international students and 15,000 are enrolled in the School of Business. Students from the SBE and across the Michigan Tech campus have previously studied at Curtin.