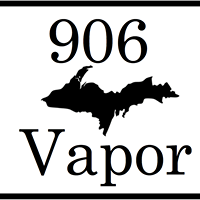 How can switching cheese pizza toppings contribute to a million dollars in savings for a campus dining service? At Michigan Technological University, the cheese swap was part of the university’s use of Lean principles, which were applied to all areas of food service operations. The university’s goal of implementing Lean was, and is, to sustainably reduce waste and improve the quality of products and services through a method of continuous improvement.

After discussions among senior leaders, including Ellen Horsch, vice president for administration, it was decided that dining services would be the ideal area in which to pilot Lean Practices. In 2008, Robert Hiltunen, director of auxiliary services, began working with his staff to begin the change management process. In just four years, moving forward little by little, the new process has saved approximately $1 million.

People as Part of Process

The core of Lean Practice involves engaging and empowering people, since many potential improvements are best identified by the staff who perform the related work (and the customers who receive the product or service). Key to the process, then, is building a culture of employees who are valued and encouraged to communicate their ideas.

For the dining service, Hiltunen invited employees to lead discussions, talk about current problems, and brainstorm ideas for improvement. Described by a Japanese word, meaning roughly “change for the better,” this is known as a “kaizen” event, during which employees begin breaking down tasks into small steps, each of which they consider in terms of its value. Those elements identified as non- value added are slated for improvement or removal. The idea is to reduce and, if possible, eliminate waste. The group then began to craft possible solutions or countermeasures for doing so.

A Series of Small Improvements

The Lean team took one step at a time.

Rather than using the saved dollars to benefit only a few, the university directed much of the money to its general fund used for financing instruction and general administration, directly benefiting students, faculty, and staff. Those employed by Michigan Tech have seen increased job security as a direct result. “Without Lean initiatives, especially in these tougher times, we would have had to eliminate positions in order to align resources,” says Horsch.

“Little improvements every day—that’s what Lean is all about,” says Hiltunen. “If dining services was able to achieve such success in the first four years of the journey, imagine what Michigan Technological University, as a unified whole, can do in the future.”

Michigan Tech DECA students were very successful at the conference with all participating members taking home medals. Awards Received by each member are listed below:

DECA Vice President Haley Florinki was the only Michigan Tech student to go on to the international conference.  She traveled to Anaheim, California where she also took first place in the National Management Institute category.  We are proud of DECA Chapter and look forward to their continued success and growth.

Applied Portfolio Management Program members, Michael Morrison and Austin Kuttruff, gathered with thousands of stakeholders at the Century Center in Omaha, Nebraska over the weekend for the Annual Berkshire Hathaway Shareholder Event. The crowd in attendance was seeking an intimate exposure to Warren Buffet who is widely considered the most successful investor in the 20th century.

Michael said that one of the biggest takeaways from listening to Buffett was “you have to love something to do well at it.” Being Finance majors, the two Michigan Tech School of Business and Economics students jumped at the opportunity to attend the shareholder event and learned about the passion that is required to be successful. The opportunity to meet Warren Buffett, his company, and its subsidiaries is highly coveted in the world of finance. Their itinerary included watching a movie about Buffett’s company, and the opportunity to ask him questions in an open forum.

Given the Warren Buffet is 82 years old, some shareholders had concerns about the future of Berkshire after he eventually steps away. However, Buffett addressed these concerns with confidence in his company and the people who work there, saying:

The priority is that all of us continue to zealously guard Berkshire’s reputation. We can’t be perfect but we can try to be. As I’ve said in these memos for more than 25 years: We can afford to lose money – even a lot of money. But we can’t afford to lose reputation – even a shred of reputation.

Buffet told an Omaha news crew that he’s not going anywhere anytime soon, but there is a solid plan for when he does eventually step down. The people who will continue his legacy know the steps they must take to continue to be successful.

Overall, the trip was a great learning experience for the two students which was financially supported by Joe Dancy and the LSGI Advisors Inc.