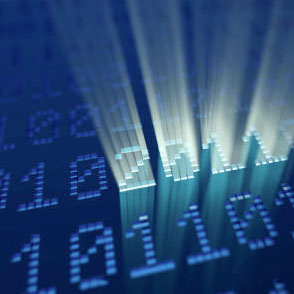 Are you focusing on your career opportunities in 2011? According to Bloomberg Businessweek Writer Alison Damast who published “2011 MBA Job Outlook is Bright” last week, it’s a good time.

In a recent survey conducted by the MBA Career Services Council, “81 percent of career officers said they expected internship hiring to improve, up from 60 percent in 2009.”

Michigan Tech is no exception. The 2010 Spring Career Fair posted the highest percentage of companies recruiting business students in the history of the Fair. The 2011 Spring Career Fair 2011, scheduled for Tuesday, February 22, 2011, already has 111 companies signed up to attend.

Damast’s article also cited another reason for the bright outlook: “The encouraging hiring picture comes as business schools have changed some of the tactics they use to help students find employment. For example, this year 64 percent of schools said they saw an uptick in direct referrals of students to employers. Additionally, 58 saw an increase in alumni-initiated hiring of students.”

“The School of Business and Economics is engaged in an ongoing initiative to develop relationships with companies who are seeking out Michigan Tech business and MBA students,” said Dean Darrell Radson.

Mindovo, out of Winnetka, IL is one of those companies. Last fall, Mindovo’s founder, Tony Mars, and recent Tech MBA graduate, Kaari Nevanen, hosted an information session specifically to recruit current MBA students for their company.

“Companies who hire from Michigan Tech, like Mindovo, are continually impressed with the abilities of our graduates. Our goal at the School is to create career opportunities for our students and we’ll be doing it long after 2011 comes and goes.” 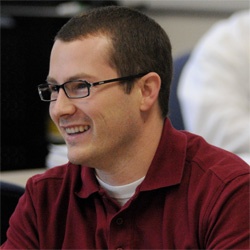 When Ryan Jones ’10 was researching sustainable fuels as part of his MBA, he was surprised at what he found, more than once.

“I looked at the impact on the cost of foods and additional impacts that using corn for ethanol had,” he said via phone from his new job as an electrical engineer at Bonneville Power in Portland, Oregon.

“I learned that, if we used corn ethanol as a main fuel, or as 100 percent of our fuel consumption for transportation today, it would have a much larger impact than if we used fuel created from algae oil,” he said.

Jones compared the two sources and discovered algae could be grown at wastewater treatment plants, in addition to saltwater seas.

“Algae oil can be refined just like standard oil, something ethanol cannot tout,” he added, noting that ethanol was very water intensive during refining, and new facilities would have to be created to go ethanol-exclusive.

Another surprise: jet fuel created from algae was more resistant to freezing at lower temperatures, a plus in the airline industry.

“And, I also discovered that corn used for ethanol is different than corn used for consumption, so they are competing for the same land,” Jones said.

Not so with algae. The farms can be created just about anywhere, he said.

“In coastal cities, for example, it can be grown easily in the saltwater or adapt to wastewater treatment facilities, a true symbiotic relationship.

Jones said it was also interesting to look at all the impacts, not just weaning off fossil fuels, but the amount of corn subsidies that exist both for food and for ethanol production. This competition for subsidies is placing undue upward pressure on food costs.

No such subsidies exist, yet, for a leaner, greener alternative: algae. 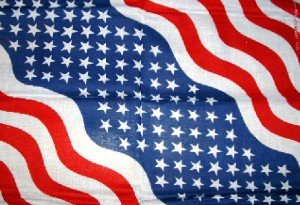 Michigan Tech has instituted a new fellowship program for graduate students who have served in the Peace Corps, AmeriCorps or the military.

In its first semester of operation, the National Service Graduate Fellowship covers as much as 30 percent of tuition, but its benefits extend beyond financial assistance.

If you have questions about this fellowship or want to discuss your opportunities further, contact the Director of Graduate Business Programs by calling 906-487-3055 or by emailing mba@mtu.edu.

A recent graduate from the Tech MBA program was hired at Mindovo in Winnetka, IL. Mindovo experts transform technology from a self-service hassle into full service results. The release below was taken from the Mindovo website:

Mindovo is excited to welcome Kaari Nevanen to our fast growing team of technology advisors. Kaari was originally scheduled to start with Mindovo in late September of this year but our continued growth required her arrival a full four months early.

Kaari comes to Mindovo from Michigan Technological University where she graduated at the top of her class – first as a mechanical engineer and then as an MBA. During her time at MTU she went from a walk-on with the MTU Women’s Volleyball team to full scholarship, team captain.

Michigan Technological University is home to some of the most brilliant technology minds of our generation who are actively recruited by NASA, Toyota, GM, and the NSA among others. To successfully recruit a candidate of Kaari’s quality is an exciting moment of growth for Mindovo as we look to expand our world class team and deliver service to our clients at the highest possible level.

The MBA Association will hold study sessions for the GMAT exam from 4 to 5:30 p.m., Monday, Oct. 4, and again at 4 to 5:30 p.m., Monday, Oct. 18. The first session is quantitative and the second is verbal. Both sessions are in Fisher 231 and are sponsored by the School of Business and Economics and Graduate Student Government. For more information, contact Pelinuor Bekwone at ppbekwon@mtu.edu .