The department will hold a required Graduate Student Orientation for all new incoming MS and PhD students on Tuesday- August 27, 2013 beginning at 10:00am in Chemical Sciences & Engineering (building #19) room 201.

Lunch will be provided. 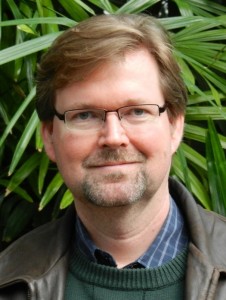 Professor Wood’s work seeks to apply biological concepts of protein function, cell metabolism, genetics and evolution to the molecular-scale development of new technologies.  These goals are achieved through the development of designer fusion proteins that combine domains and functions from unrelated proteins and enzymes.  We typically combine rational protein engineering with genetic selection to create and fine-tune the desired activities.  In oseparations, we have combined a previously developed pH-sensitive self-cleaving protein with a variety of purification tags to produce simple and economical methods for purifying recombinant proteins.  Our most recent work involves rational and evolutionary approaches to optimizing our self-cleaving tags for use in a wider variety of expression hosts.  In biosensing, we have developed allosteric proteins that incorporate human hormone receptors, and have used these proteins to generate Escherichia coli strains that are growth-dependent on hormones and hormone-like compounds.  Remarkably, this genetically simple bacterial sensor can differentiate agonist from antagonist activities and has been effective in detecting a wide variety of strong and weak estrogenic compounds.  More recently, we have applied this system to the discovery of thyroid active compounds, as well as the evaluation of environmental endocrine disruptors in humans and animals, and even the discovery of possible autism-associated environmental factors.  Applications of our designed proteins are far-reaching, and include drug discovery, biosensing, drug activation, reversible knockouts for metabolic research, new genetic selection systems, and advanced cellular control strategies.

The covalent attachment of poly(ethylene glycol) (PEG) polymer chains, or “PEGylation,” improves the efficacy of protein drugs by extending their half-lives in the circulation without adversely affecting biological binding activity: the PEG chains are thought to hinder recognition by proteases, inhibitors and antibodies through steric interactions and to retard renal clearance through increased molecular size.  We used a more complete understanding of the solution and interfacial adsorption behavior of PEG-protein conjugates to explore new applications of protein PEGylation in bioprocessing and drug delivery.

We have developed new, high selectivity protein affinity chromatography media by PEGylating immobilized protein affinity ligands outside of the target binding site.  This discourages the non-specific binding of contaminant species without decreasing target binding.  We find selectivity enhancements for IgG-class antibodies of 2x to 3x for Protein A affinity chromatography media modified with 5 kDa and 20 kDa PEG chains relative to the un-modified media, without loss of antibody binding affinity.  Increased contaminant rejection by Protein A media has important implications for simplifying downstream processing operations for monoclonal antibody production and for extending the operating lifetime of this expensive class of bioseparations media.

We have exploited PEGylation to reduce denaturing adsorptive interactions between proteins and interfaces that limit the successful delivery of protein drugs from poly(lactide-co-glycolide) (PLG) microsphere delivery systems. Oil/water interfaces are present during the generation of protein-loaded PLG microspheres by the double emulsion technique and solid/water interfaces are present as the microspheres erode during delivery.  The depressed adsorption isotherms of conjugates reduce the extent of adsorption at denaturing interfaces and the attached PEG random coils serve as steric diluents at interfaces.  While PEGylation with 20 kDa PEG has little effect on protein behavior at ethyl acetate/water interfaces, at PLG/water interfaces we find decreased extents of adsorption, increased reversibility of adsorption and decreased tendency to aggregate.  These results have translated to ~50% and ~100% improvements in active protein release for monoPEGylated and diPEGylated ribonuclease A, respectively.

The role of toolkit genes in the evolution of complex wing, thorax, and abdominal color patterns in Drosophila guttifera.

Animal color patterns such as zebra stripes, leopard spots, and the myriad variants of butterfly wing color patterns are known to play important ecological and physiological roles in the life of animals and are crucial for the survival of species. Scientists first tried to solve the secret of animal patterns with mathematical approaches to find models that could explain how these patterns developed. In 1952, Turing proposed the famous reaction-diffusion model in which a short-range acting activator molecule diffuses from a source to stimulate color production, while a long-range acting inhibitor molecule prevents pigmentation. Using the spectacularly ornamented fruit fly Drosophila guttifera, we developed a transgenic protocol to study the development and evolution of color patterns. We identified that the Wingless morphogen had evolved a new function in the D. guttifera lineage by activating the yellow gene on pre-existing structural landmarks on the wing, causing black melanin spots around sensory organs, tips of the veins, and crossveins. We are currently expanding this work by investigating if the melanin patterns on different body parts of D. guttifera evolved by the same mechanisms involving Wingless, or if they have independently evolved

Geoengineers have relatively recently become aware of the potential of biological applications for improving the mechanical properties of soils.  The National Research Council (2006) report, “Geological and Geotechnical Engineering in the New Millennium,” recognized the great potential of microorganisms for modifying soil properties in field applications and improving the practice of geoengineering in the 21st Century through biomediated geomechanical processes.  Biomediated processes can significantly impact the geomechanical behavior of earth materials.  Examples of microbially-mediated processes that have been investigated for their influences on geomechanical properties, include mineral precipitation, biofilm formation and use of biopolymers, mineral transformation, and biogenic gas production.  These activities and others can directly or indirectly alter the physical properties of soils, either permanently or temporarily.  Potential impacts of these processes on soil behavior include reductions in hydraulic conductivity, and increases in the strength and stiffness of soils.   This presentation will provide an overview of what is currently known with respect to the biomediation of geomechanical processes in soils and other construction materials.

Polymeric materials used to coat or construct biomedical devices universally inspire a foreign body response when in contact with a biological system (e.g., thrombus formation on the polymer surface when in contact with blood, inflammatory response in subcutaneous tissue, etc.). Nitric oxide (NO) is a highly reactive free radical gas that has been shown to have a number positive of physiological functions at appropriate levels, including serving as a potent inhibitor of platelet adhesion and activation and mediating the inflammatory response. An NO-releasing silicone rubber coating was developed that contains a photosensitive S-nitrosothiol NO-donors that utilizes light as an external on/off trigger to initiate NO release. This material   shows dynamically controllable NO release based on the duration and intensity of light irradiating the material and offers  precise control of the level and duration of NO delivered at the tissue/polymer interface. We have also developed a test platform that allows quantitative levels of NO to be delivered to cells in vitro to further understanding of cellular response to NO.

We have synthesized a family of novel self-assembling pH and temperature sensitive multiblock cationic and anionic copolymers with a variety of nanoarchitectures. The copolymers exhibit pH sensitivity and thermo-reversible gelation at physiological temperatures. The cationic multiblock copolymers exhibit complexation with DNA and serve as excellent gene therapy vectors for cancer therapies. Our studies have shown that these polymeric vectors show sustained gene delivery and selective transfection in cancer cells versus non-cancer cells. Detailed mechanistic studies have shown that the selectivity arises due to intracellular differences in pH be-tween cancer and normal cells. The anionic multiblock copolymers and their micelles also serve as excellent templates for biomineralization. These hierarchically self-assembling copolymers in conjunction with mineralization proteins/peptides, form bioinspired self-assembled nanocomposites. These novel injectable insitu-forming nanocomposites show mechanical properties similar to that of native cartilage, and are being investigated for cartilage rescue to prevent post-traumatic osteoarthritis.

Alumni in the News

The Oprah blog and the Detroit Free Press published interviews with Christina Shinouskis ’82, a chemical engineering alumna known as “the cup lady,” who designs interior storage spaces in vehicles for General Motors. See Freep and Shinouskis.

Isotachophoresis (ITP) is used to isolate very low-abundance basic proteins from the high-abundance proteins in serum and then concentrate them about 20,000-fold. This is done using a PMMA microchip which contains a reducing union that decreases the channel’s cross-sectional area by a factor of 100. Proteins migrating in ITP “peak” mode will concentrate 200-fold in the approach channel, and then will concentrate another 100-fold as they pass through the reducing union.

This paper reports both the experimental application of ITP under basic,acidic and neutral conditions as well as the 3D numerical simulation of ITP in this type of chip. In particular, several challenges had to be met in each different ITP system including formation of carbonate ion at alkaline pH and the adsorption or precipitation of serum proteins at low pH.