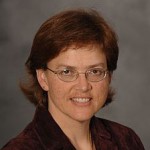 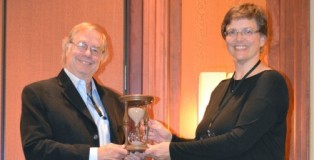 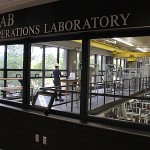 The Chemical Engineering Department held a dedication to Dr. Komar Kawatra for the Unit Operations Laboratory on Wednesday, September 30th. The department’s External Advisory Board from industry attended and Dr. Glenn Mroz, Michigan Tech president and Dean of Engineering, Dr. Wayne Penington spoke at the dedication and several other Michigan Tech officials attended.

More photos can be seen on the Chemical Engineering Photo Gallery 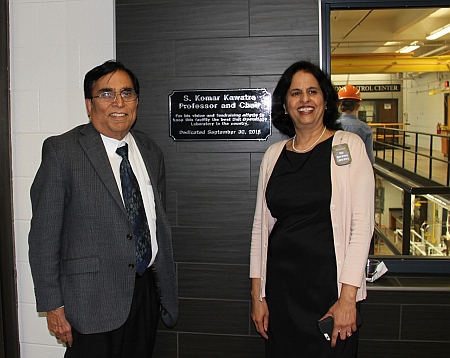 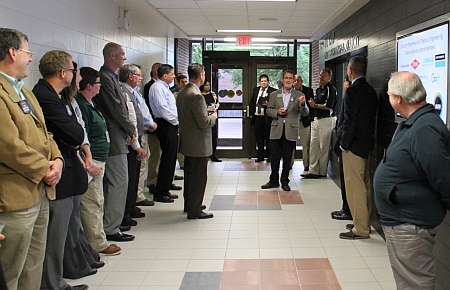 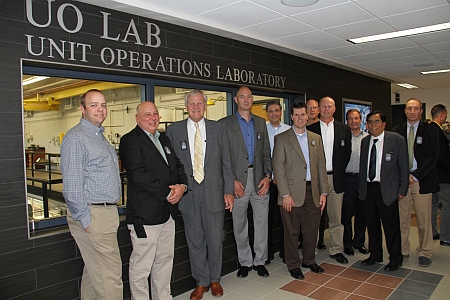 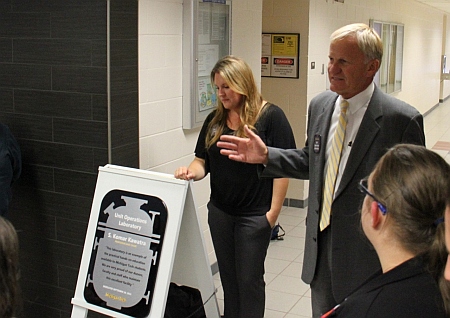 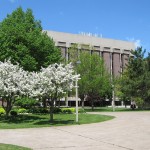 CBS Sunday Morning featured a story about David Edwards, a 1983 Michigan Tech alumnus and winner of Tech’s Melvin Calvin Medal, who designed and markets the o-phone, a phone that transmits aromas. Edwards is a biomedical engineering professor at Harvard University. Watch the story.

Faith Morrison (ChE), has been elected to the status of Fellow of the Society of Rheology. She’ll receive her certificates during the SOR 87th Annual Meeting in Baltimore in October. In his letter to Morrison, SOR President Gregory B. McKenna said the awardees recognized at the Baltimore meeting are the “inaugural” class of fellows.

Technology Century, a science and technology news website run by the Engineering Society of Detroit, published an article about the NSF-funded meeting of multidisciplinary bioenergy researchers from Canada, the US, Central and South America that was held at Michigan Tech last week. Read the article.

In an article about graphene, The Economist mentioned Michigan Tech’s research into graphene-based 3-D bioprinting to regenerate nerve cells in patients with spinal cord injuries.

Tech Century, a science and technology news service published by the Engineering Society of Detroit, ran a comprehensive report and photo gallery on their tour of Michigan Tech engineering labs last week.

Caryn Heldt (ChE) is the principal on a three-year research and development project that received a $349,250 grant from the National Science Foundation. The project is titled, GOALI: Graphene Paper Sensor for Disease Detection.
Also involved in the project are Adrienne Minerick (ChE), Julia King (ChE) and Warren Perger (ECE).

TV 6 and Fox UP, reported on Professor Adrienne Minerick’s (ChemEng) appointment as associate dean for research and innovation in Tech’s College of Engineering. You can view the story online.

Adrienne Minerick has been invited to serve on the Chemical Engineering Education (CEE) Journal Publications Board. Her three-year appointment will begin Fall 2015. CEE is the premier archival journal for chemical engineering educators. 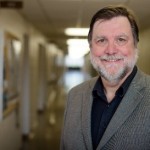 The Fulbright Scholarship Program is known throughout the world. Each year 8,000 Fulbright grants are awarded to graduate students, university faculty and researchers worldwide. Of those, just 40 recipients are chosen for Fulbright Distinguished Chair Awards, viewed as the most prestigious appointments in the Fulbright Scholar Program. For the first time, a Michigan Technological University professor has joined that elite group of eminent scholars.
Read More 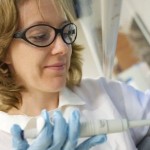 Adrienne Minerick has been named the first associate dean for research and innovation in Michigan Tech’s College of Engineering. Dean of the College of Engineering Wayne Pennington said Minerick will coordinate faculty and staff engagement with each other and with agencies that fund research projects, ranging from single-investigator one-year projects to complex multi-disciplinary projects involving several institutions and spanning years.

About 40 biofuel and bioenergy researchers from many countries in the Pan American region (from Argentina to Canada) will attend a workshop hosted by the Sustainable Futures Institute at Michigan Tech tomorrow through Friday.

The goals of the workshop are to develop a research roadmap report (RRR) with diverse international perspectives and to recommend priority areas for future research. The RRR will be disseminated to funding agencies such as the National Science Foundation, Department of Energy and other federal research sponsors in the United States and their equivalents in other Pan American countries, as well as to industry and the general public.

This is the final workshop in the NSF-funded project “RCN-SEES: A Research Coordination Network on Pan American Biofuel and Bioenergy Sustainability”. The project is directed by David Shonnard (ChE) and with co-investigators Barry Solomon (SS), Kathy Halvorsen (SS), Sam Sweitz (SS) and Robert Handler (SF I).

Project efforts focus on woody bioenergy for heat and power, switchgrass used for cellulosic ethanol, and palm and jatropha oil for biodiesel in six case studies across Brazil, Mexico, Canada, Uruguay, Argentina, and the United States (US). This allows us to examine diverse socio-ecological systems in countries experiencing rapid bioenergy development. These systems’ complexity enables the development of new approaches to studying and assessing sustainability as it relates to dynamic systems in general, while focusing on bioenergy in particular.

Bioenergy Across the Americas

ECNmag, an online energy magazine, reported on an international conference hosted by Michigan Tech, where 80 researchers from six countries including the US, Canada, Argentina, Brazil, Mexico and Uruguay met to discuss bioenergy. 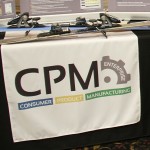 Project Overview: CPM aims to exceed the expectations of company sponsors, improve the lives of consumers through innovation, and develop students into highly marketable professionals. The project goals for our team include improving runoff models to provide advanced flood warning in Midland, designing a kiln for cleaner charcoal production in Benin, using food waste as an alternative energy source at Michigan Tech, developing a water filtration system to cool industrial process streams, curing coatings at lower temperatures using catalysts, integrating hightech materials into athletic equipment, designing collapsible packaging for a large volume of liquid product, and conceiving and testing an innovative product idea from within CPM.

by Allison Mills
On April 11-13, a team of nine Michigan Tech students participated in the Environmental Protection Agency’s Sustainable Design Expo as a part of the P3 program for People, Prosperity and Planet in Washington DC. The team won the AIChE Youth Council on Sustainable Science and Technology P3 Award. This award was given to one of 40 teams by the American Institute of Chemical Engineers’ Institute for Sustainability and SustainUS, a nonprofit organization of young people advancing sustainable development and youth empowerment in the United States. The award recognizes the team that has the most interdisciplinary and community engaged project that will have a significant impact on reducing resource use locally, regionally, nationally or globally and that can benefit youth.

The team also earned an Honorable Mention P3 Award from the EPA. 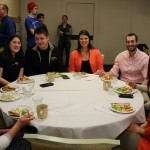 Many More Pictures in the Chemical Engineering 2015 Photo Gallery 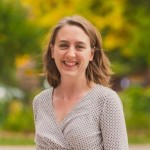 With a new CAREER Award, Caryn Heldt will be able to focus more on the chemistry of virus surfaces to help develop better removal techniques for purifying water and vaccines.