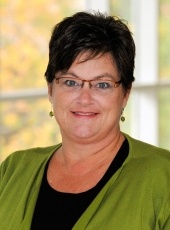 Susan Amato-Henderson, chair of the Department of Cognitive and Learning Sciences, attended the Association of Heads of Departments of Psychology (AHDP) meeting in Atlanta, Georgia Nov. 2-3.
AHDP is a professional development organization for heads and chairs of academic departments of psychology. At this year’s meeting, Amato-Henderson was elected chair-elect, which she will hold for two years prior to then serving a two-year term as chair of AHDP.
AHDP first began with a small, informal gathering of chairs at an annual Southeastern Psychology Association meeting in 1967. The first annual meeting of AHDP was held at an Atlanta airport Dec. 5-7, 1968.
Since that time, annual AHDP meetings have been held every fall in Atlanta. The association hosts leadership training and professional development seminars at its annual meetings, where a broad range of educational concerns as well as the research and service missions common to institutions of higher education are discussed. Membership includes representatives from very large and very small departments in both private and public academies.