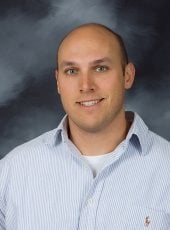 Erich Petushek (CLS) Co-authored the paper “I spy with my little eye … a knee about to go ‘pop.’ Can coaches and sports medicine professionals predict Who is at greater risk of  ACL Rupture” in The British Journal of Sports Medicine.