Teaching Science in Three Dimensions: The NGSS in Theory and Practice

Teaching Science in Three Dimensions: The NGSS in Theory and Practice

This course examines the Next Generation Science Standards and Framework for K-12 Science Teaching (NGSS), the theory underlying them, and what it will take for teachers to transform science teaching practice in ways that align with these standards. The course will focus on critiquing and developing lessons and assessments that incorporate the three dimensions of disciplinary core ideas, cross-cutting concepts, and science and engineering practices. The benefits and challenges of integrating across science and engineering disciplines will be discussed.

Teachers* will deepen a practical understanding of how to design and teach 3-dimensional learning experiences that support students in developing and revising their scientific ideas over time while bringing together the scientific and engineering practices, disciplinary core ideas, and cross cutting concepts identified in “A framework for K-12 Science Education” and the “Next Generation Science Standards.” Through exploration of classroom video cases and collaborative work with colleagues, teachers will develop strategies to engage students in figuring out scientific phenomena or designing solutions to real world problems through developing models and engaging in evidence-based argumentation and explanation.

*Mi-STAR curriculum developers will be given first preference. Teachers who have not participated in Mi-STAR must have completed ED5540 in Spring 2016 or complete a 10 to 15 hour Mi-STAR NGSS Professional Development Series prior to enrolling in this course.

Kids at Dollar Bay Elementary School are putting on performances this week using two robots. The students have been working with Michigan Tech graduate students as part of the school’s Great Explorations program.

The graduate students are supervised by Assistant Professor Philart Jeon, who coordinates the Mind Music Machine Lab. The group is giving children exposure to technology and the arts.

The theatrical performance is taking place after National Robotics Week.

Watch the interview in Michigan Tech Unscripted: Science and Research.

The Lake Superior Celebration is from 6 to 8 p.m. Tuesday, April 26 at the Great Lakes Research Center.

This event is to celebrate the work of the following 17 Lake Superior Stewardship Initiative (LSSI) school -community teams. Many Michigan Tech departments and faculty serve as LSSI community partners and/or advisors. 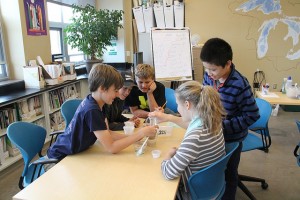 The next session of After School Sciences begins Thursday. The six-class sessions will meet from 4 to 5:30 Thursdays beginning April 7 and running through May 12, at the Great Lakes Research Center.

Explore motion in our world through investigations involving the principles of physics.  Students will construct rockets, roller coasters, aqueducts, and catapults to discover the relationship between energy and motion through engaging, hands-on activities.

Cost: $75/student; pay by credit card by calling Michigan Tech Cashier 487-2247. (Your space is not reserved until payment has been received.) Register online or at wupcenter.mtu.edu. Call with questions to 7-3341 or email Joan Chadde.

Note: Houghton school bus will drop off students at the GLRC by 3:45 pm. Please email Shari Tapani or call 482-0456 to arrange for your child.

After School Programs are coordinated by the Michigan Tech Center for Science & Environmental Outreach.

HOUGHTON – Programs and events such as science nights, outdoor field trips, and etcetera, are just a very few examples of programs and activities available to schools all across the state of Michigan. In the western Upper Peninsula, they are made available through an organization called the Western Upper Peninsula Center for Science, Mathematics and Environmental Education.

Joan Chadde, program director of the Western U.P. center, said in addition to programs for students, they also offer programs and services to educators.

“Another thing we do is we offer a teacher professional development,” she said, “so we have this resource clearing house and then the school year workshops, summer institutes. So, we just had a workshop here on Tuesday. It was on recycling. So the teachers were learning how they can integrate recycling into their science and social studies curriculum.”

HANCOCK – The Western Upper Peninsula Center for Science, Mathematics and Environmental Education is a valuable resource to schools throughout the five western counties of the U.P. Those counties are Baraga, Houghton, Keweenaw, Ontonagon, and Gogebic.

All of the programs and resources offered to the schools are grant-funded, Opplinger said, requiring long days and many hours of requesting grants.

“These are 12-hour days, because we’re writing grants, and you’re lucky if you get 25 percent of them,” Chadde said.

HOUGHTON — They’re 240 students are showing off their scientific abilities at Michigan Tech Thursday night, but they’re not Tech students.

Read more and watch the video at Upper Michigan’s Soruce, by Aleah Hordges.

On Saint Patrick’s Day 2016, several members had the opportunity to spend time with elementary and middle school students at the Western UP Science Fair held at Michigan Tech. AEE members helped the students learn and understand alternative methods to lighting LEDs, other than using electricity from an outlet. Members were able to utilize several different experiments to illustrate the phenomena.

Read more and view the gallery at Alternative Energy Enterprise, by Jacob Nowicki.

Director for the Western U.P. Center for Science, Mathematics and Environmental Education Shawn Oppliger says the projects show what these students are capable of.

Read more and listen to audio interviews at the Keweenaw Report.

Director for the Western U.P. Center for Science, Mathematics and Environmental Education Shawn Oppliger said, “The projects really come from the kids because they’re interviewed by judges and that really helps us know what projects are done by the kids and what projects might be done by parents, and so they know they’re going to be interviewed, so they have to know a lot about their project and they have to conduct the project.”

Read more and watch the video at ABC 10 UP News, by Rick Allen. 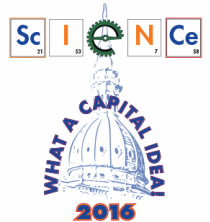 The next session of after school sciences classes for elementary school children begins Thursday, March 17.

The cost is $75 per student. You can pay by credit card by calling the Michigan Tech Cashier at 7-2247 (Space is not reserved until your payment is received).

Register by tomorrow (March 16) online, or on the website of the Western UP Center for Science, Mathematics and Environmental Education.

Anyone with questions can email Joan Chadde or call 7-3341.