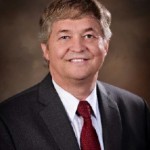 Associate Professor Shiyan Hu (ECE) has been invited to attend the National Academy of Engineering’s EU-US Frontiers of Engineering Symposium.

He is among only 62 researchers from the European Union and the United States to receive an invitation to the symposium, to be held Nov. 10-12 in Seattle.

The symposium brings together outstanding, early-career engineers from industry, universities and other research institutions to introduce their research and work toward forming partnerships and collaborations.

The attendees are under age 45 and may only be nominated by NAE members or senior executives from leading industrial companies.

The symposium will feature presentations on Energy Storage Across Scales, Protein Design for Therapeutic Applications, Smart Homes, and Atoms to Airplanes: Designer/Engineered Aerospace Materials. Hu’s research addresses cybersecurity in smart homes, and he recently received a CAREER award for his efforts to design faster computer chips.

The event is hosted in partnership with the European Council of Academies of Applied Sciences, Technologies and Engineering and the National Academy of Technologies of France.

Back in the day, actual human beings wired computer circuitry by hand. Then along came integrated circuits, and now the technology is so advanced that tens of billions of transistors can be put on a single chip no bigger than a dime. The complexity of these nanoscale integrated circuits makes it difficult to make the most of their design, says Zhuo Feng, an assistant professor of electrical and computer engineering at Michigan Technological University. That’s because software used to design computer chips hasn’t kept pace with the hardware in these emerging computing systems.
MORE

A Lab in Your Pocket

When you get sick, your physician may take a sample of your blood, send it to the lab and wait for results. In the near future, however, doctors may be able to run those tests almost instantly on a piece of plastic about the size of credit card.
MORE

Students from the Michigan Tech National Society of Black Engineers (NSBE) visited seven middle and high schools in Detroit over their Spring Break, March 11-14, 2014, to promote college and engineering to K-12 students. Two ECE students were in the team, Sam Adegun and Darlene Eppes. In the evenings, they conducted Family Engineering Night events at three K-8 schools. NSBE’s Alternative Spring Break is conducted in collaboration with the Detroit Public Schools Office of Science and the Detroit Math & Science Center, and funded in part, with a grant from John Deere.

WXYZ Channel 7 news in Detroit aired a feature story about an interview with Michigan Tech NSBE student chapter members in Detroit, working to motivate middle and high school students in Detroit schools to see college in their futures and to study science, technology, engineering and math (STEM).

There is a report for the Graduate Research Colloquium 2014 with photos and awards. 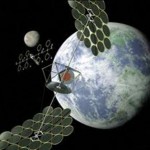 Michigan Technological University, in collaboration with professionals from NASA, the Naval Research Laboratory, and the Space Solar Power Institute, hosted a Space Solar Power (SSP) workshop to clarify the challenges facing SSP implementation. The workshop was held in conjunction with the IEEE International Conference on Wireless for Space and Extreme Environments at Baltimore, MD, November 7 – 9, 2013. Researchers from Industry and Academia of many countries including India, Japan, UK and USA participated in this event. 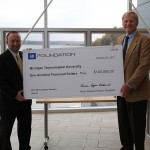 The General Motors Foundation has given Michigan Tech a $100,000 grant through its University Partner Program. The gift will support a variety of student activities, including the Advanced Hybrid Electric Vehicle (HEV) and Advanced Motorsports Enterprises, environmental engineering senior design projects, student groups and diversity programs.

Amping Up Solar in the Snowy North

Solar farms are a no-brainer in warm and sunny places, but what about in northern climes where snow can cover and even shut down the panels?