Sue Hill is the Digital Content Manager for the College of Engineering. 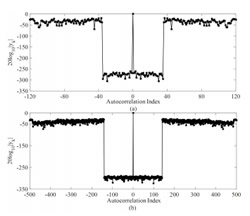 This paper introduces a novel method to improve the Time of Arrival (ToA) estimation resolution for a fixed available bandwidth in the presence of unknown multipath frequency selective (MPFS) channels. Significant desire on utilized bandwidth reduction in wireless technologies endorses exploiting this technique to increase ranging resolution and/or time synchronization while low bandwidth signal are exploited. Exploiting this method would have extensive impact on variety of technologies which enjoys ToA as ranging technique such as radar, wireless communications and etc.

Husband and wife graduate students have won honors from Tech’s Department of Electrical and Computer Engineering.

This paper, by Mohsen Jamalabdollahi (WLPS), and Seyed Reza Zekavat (ECE/WLPS), introduces a novel and effective ranging approach in Non-Homogeneous (NH) media consisting of frequency dispersive submedia via time-of-arrival (ToA) and Direction-of-Arrival (DoA) merger. Exploiting this technique, sensor node can be localized with in variety of NH media such as underground layers with different water content, airborne to underwater channels or even human body.

Moreover, this technique proposes a novel approach which can be utilized for layer thickness detection which have an prominent impact on the area of geoscience and remote sensing.

This paper is published in IEEE Transactions on Geoscience and Remote Sensing which is ranked the second journal in area of remote sensing according to Scholar google metrics. 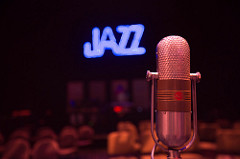 “Backstage at the Rozsa” again opens its doors to the groovin’ sounds of small-combo jazz to celebrate the 50th year of jazz studies at Michigan Tech.

There will be three student ensembles: Jaztec, Momentum with a combination of funk and fusion; AstroSax; and one special guest ensemble: The Dan Fuhrmann and Tim Havens Duo, here for their second guest appearance at Michigan Tech.

Join us in Club Rozsa and enjoy the intimate atmosphere reminiscent of the birthplace of jazz. Backstage at the Rozsa is at 7:30 p.m. Friday and Saturday (Jan. 27/28, 2017).

Leonard Bohmann Quoted on the Handling of Power Outages

The Virginia Gazette quoted Leonard Bohmann, associate dean of Michigan Tech’s College of Engineering, in a lengthy article on power companies’ back-up plans for handling power outages on peninsulas caused by faults in the transmission system.

Dominion Virginia Power has taken the unusual step of planning for an emergency blackout, with a plan to cut power to 150,000 customers on the Peninsula in the extremely rare event of faults at two components of its high-voltage network occurring at a time when demand for power is high.

“In an ideal world, you wouldn’t need an RAS because the system should be able to handle two faults. But it looks like their plan to deal with shutting the power plant has been taking longer than they expected,” said Leonard Bohmann, a professor of electrical engineering at Michigan Technological University, who lives in one of the few other regions of the country where a similar plan is in place, Michigan’s Upper Peninsula.

Read more at The Virginia Gazette, by Dave Ress. 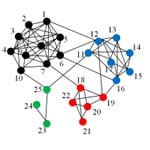 Online outlets from the National Science Foundation to Science Daily to Electronic Product Design and Test have featured a research keynote paper led by Shiyan Hu (ECE) on cyber-physical systems. Other outlets include: Communications of the ACM, Industrial Safety and Security Source, Michigan Ag Connection and close to a dozen other science blogs.

Wayne Weaver (ECE/AIM) is the principal investigator on a project that has received a $46,000 research and development contract from Sandia National Laboratories.

The title of the project is “Meta-Stability of Pulsed Load Microgrids.” This is a six and a half month project.

He was born in Detroit and earned his bachelor’s of science in electrical engineering from the Michigan College of Mining and Technology in 1960.  While at Tech, he was involved with Phi Kappa Tau fraternity. He received his master’s and PhD degrees from the University of Wisconsin-Madison.

He married the former Mildred Savalox in 1959 and in August the couple celebrated their 57th anniversary.

In 1965 he accepted a position with Cornell Aeronautical Laboratory near Buffalo, New York. According to his obituary, concern about heavy local pollution at the time convinced him to accept a position in the department of electrical and computer engineering at Michigan Tech.

He taught here from September of 1966 until his retirement in 2000. He was a coach for the Copper Country Junior Hockey Association, a member of the the Copper Country Ski Club and an official of the Central Division of the United States Ski Association. He was Dollar Bay’s Little League and Senior League baseball coach for several years.

He was an active member of Gloria Dei Lutheran Church in Hancock where he sang in the choir for nearly 40 years.

He is survived by his wife, Mildred, his three sons and eight grandchildren.

Funeral Services for Ted Grzelak will be held at 11 a.m. Friday (Nov. 18) at Gloria Dei in Hancock. Friends may call from 5 to 8 p.m. tomorrow at the Memorial Chapel Funeral Home in Hancock and Friday from 10 a.m. until the time of the service at the church.

A complete obituary can be found on the Memorial Chapel website.

We took a closer look at the battery technology Fisker is promising to use, which he refers to as “the major leap, the next big step.”

Rather than working with conventional lithium-ion batteries, Fisker is turning to graphene supercapacitors.

Graphene is both the thinnest and strongest material discovered so far.

“Graphene shows a higher electron mobility, meaning that electrons can move faster through it. This will, e.g. charge a battery much faster,” Lucia Gauchia, an assistant professor of mechanical engineering and energy storage systems at Michigan Technological University, told Business Insider. “Graphene is also lighter and it can present a higher active surface, so that more charge can be stored.”

Read more at the Business Insider, by Danielle Muoio.