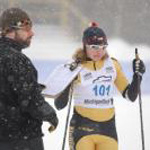 Michigan Tech had 14 skiers named to the 2009 National Ski Coaches Association National All-Academic Ski Team. To be eligible, skiers had to have a 3.5 GPA for the Fall semester and have participated in the NCAA Central Regional Skiing Championships. “This is a great honor for these student-athletes,” said head coach Joe Haggenmiller. “They work hard both in the classroom and in competition and this award recognizes their hard work.”

The 14 selections are below: 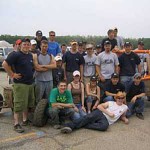 Global challenges are driving fundamental changes in transportation.
Interdisciplinary teams of Michigan Tech students are hard at work developing solutions to these challenges. The Enterprise program embraces an active, discovery-based learning model–where faculty and industry serve as coaches and mentors, and students develop the broad knowledge and skill bases needed to succeed in today’s ever-changing environment. Industry involvement is critical to the success of Enterprise. Support of Michigan Tech’s four Advanced Motorsports Enterprise teams offers enhanced access to tomorrow’s engineers and leaders, increased visibility of sponsoring companies, and perhaps most importantly the opportunity to actively shape the future of engineering education. 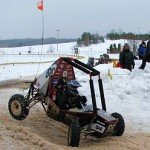 The 2009 Winter Baja Competition was on Saturday, February 14th in Lake Linden, Michigan 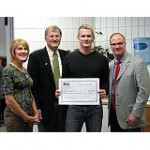 Kenneth Brooks (MSE) won a $25,000 metallurgy scholarship, which was awarded by the Ellwood Group, Inc. 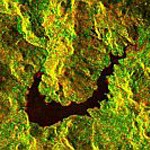 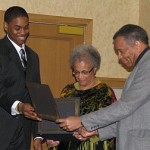 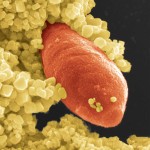 Magnetofossils are new to the biomineral world, according to Michigan Tech paleomagnetist Aleksey Smirnov. 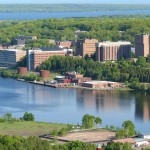 In a move to help address Michigan’s economic crisis, Michigan Tech is joining hands with General Motors and the Engineering Society of Detroit to provide free retraining for displaced automotive engineers.

Flex-fuel engines can burn anything from pure gasoline to E85–a blend of 85 percent ethanol and 15 percent gas. The properties of the two fuels vary tremendously, creating daunting engineering challenges. Ethanol contains only 63 percent of the stored energy of gasoline and requires about three times the energy to vaporize. Straight gasoline, however, has a much lower octane rating and can cause engine knock in a high-performance engine that would run smoothly on ethanol.

If engines can’t adapt to these very different fuels, emissions rise and mileage falls, Naber said. Starting and stopping the engine repeatedly makes this problem worse, and that’s just what hybrid engines do many times during a single trip, whenever the vehicle switches from battery to internal combustion and back again.

To address the problem, the researchers will work to optimize numerous aspects of the powertrain design and control, including the fuel and combustion systems.

As part of the project, the team aims to design and build an efficient, four-cylinder, hybrid engine with a variable compression ratio that can run on flex-fuel and meet the US EPA’s tough emissions standards, something that no hybrid has ever done. They will also develop a computer model that will allow engineers to simulate the factors involved in designing efficient, clean-running, flex-fuel hybrid engines.

“We look forward to an active exchange of expertise and know-how through this program,” said Thomas Wallner, principal investigator in Argonne’s Engines and Emissions Group. “Advanced instrumentation will be developed to further our knowledge base on the use of alternative fuels in engines.” As part of the collaboration, Michigan Tech students will visit Argonne to conduct research.

Ultimately, the technologies will be used by General Motors to manufacture energy-efficient vehicles that meet the federal government’s 2020 CAFE emissions standards.

The team is part of Michigan Tech’s Wood to Wheels program in the Sustainable Futures Institute, a forest-to-tailpipe research and education initiative to improve the entire lifecycle of bioenergy production and utilization from Michigan’s abundant forest resources.