Each spring semester the William G. Jackson Center for Teaching and Learning works to recognize and reward contributions to teaching that may not be noticed or appreciated by students through the Deans’ Teaching Showcase.

College of Engineering Dean Janet Callahan provides our first Deans’ Teaching Showcase member for spring 2019: Paul VanSusante, senior lecturer in the Mechanical Engineering – Engineering Mechanics (ME-EM) Department. She chose VanSusante, simply because he has “worked hard to develop and use active learning strategies in his classes, and his students have benefited greatly. His dedication to his student’s learning is an inspiration to us all.”

Callahan’s choice to recognize VanSusante spans several criteria; he has contributed significantly to curriculum development, but also provides innovative teaching in a foundational context. According to Bill Predebon, ME-EM chair, VanSusante has been “instrumental in the development and coordination of Mechanical Engineering Practice 1 (MEP 1) in our newly revised ME curriculum. In MEP 1 Paul included reverse engineering, in which they take apart a consumer product or toy, go to the internet for buyers’ comments, take it apart, redesign it based on comments with the manufacturing process in mind.”

But as Callahan noted, VanSusante’s exceptional contributions don’t stop at curriculum development. Predebon continues: “Paul is also an innovative teacher. He really cares about student learning. His teaching style uses active learning and includes practical insight from his experience and research. He pushes his students to go beyond what is the topic of the day. He has them work in teams whenever possible, so that they can learn from each other. Everyone’s input is important and valued, no matter what their background.”

As part of the nomination, Associate Dean of Engineering Leonard Bohmann also highlighted VanSusante’s innovative teaching in his extensive involvement with MINE (the Mining Innovation Enterprise). According to Bohmann, VanSusante’s work there includes an “out of this world” NASA project that involves the extraction of water from gypsum on Mars.

VanSusante will be recognized at an end-of-term luncheon with other showcase members and is now a candidate for the CTL Instructional Award Presentation Series (to be determined this summer) which further recognizes introductory or large class teaching, innovative or outside the classroom teaching methods and work in curriculum and assessment.

Tech Faculty and Staff Participate in KEEN Conference and Workshop

KEEN partners with colleges and universities across the United States who are dedicated to transforming their undergraduate engineering programs through the integration of opportunities to develop an entrepreneurial mindset. Michigan Tech applied to be included in the KEEN Engineering Unleashed Network in late 2018.

The conference was followed by the Integrating Curriculum with Entrepreneurial (ICE) Mindset Workshop where faculty can learn how to incorporate the entrepreneurial mindset into their courses. Thomas Freeman and Gretchen Hein (Engineering Fundamentals) participated in the workshop and will be developing materials for their courses and other educational resources around this topic.

Michigan Tech alumna Megan Krieger ’09, was featured in several articles nation wide. Krieger, a mechanical engineer in the U.S. Army, led a team that 3D printed a 32-foot-long reinforced concrete footbridge. Kreiger, who lives in Champaign, Illinois, became aware of 3D as a graduate student at Michigan Tech. The story was covered by Engineering News-Record, 3Dprint.com and 3Ders.org. She became aware of 3D printing at Michigan Tech, where she ran the 3D printing lab during graduate studies in material science and engineering. She joined the U.S. Army Engineer Research and Development Center in February 2015.

Michigan Tech alumnus Jeff Stauffer ’93, has been named a regional Utility Sales Director for Boarder States Electric. At Michigan Tech, Stauffer earned degrees in electrical engineering and business administration and served as the business manager for the Lode student newspaper. The story was covered in TED Magazine.

Michigan Tech alumnus John Hallquist, who received a master’s and PhD in Mechanical Engineering-Engineering Mechanics in 1971 and 1974 respectively, was featured in the article “John O. Hallquist, Ph.D., Celebrated for Innovations in Software Development,” in Business News Articlesand 24-7 press release.com. Hallquist was responsible for founding the Livermore Software Technology Corporation.

RS&H Vice President and Texas CEI Leader Kirk Fauri ’03 has been named to ENR Texas & Louisiana’s 20 Under 40 list, a recognition of the region’s top young professionals. Fauri holds a BS in Civil Engineering from Michigan Tech. He serves as the prime CEI consultant with TxDOT in 10 districts and four regional mobility authorities.

Mike Paddock ’87 volunteered with Engineers Without Borders USA (EWB-USA) to support volcano recovery in Guatemala. Mike, a 15-year veteran of EWB-USA, has spent the better part of six months in Guatemala responding to the Volcano Fuego disaster. He has a passion for Guatemala, and has contributed to the building of dozens of bridges, roads, schools and wastewater projects throughout the country, although volcano response is new territory for both Mike and EWB-USA. Paddock holds BS degrees in Surveying and Civil Engineering.

Michigan Tech alumnus Kevin Field ’07, was featured in the article “Kevin Field: Developing Radiation-Tolerant Materials for Nuclear Power Systems,” in DOE News. He enrolled in a mechanical engineering program at Michigan Technological University only to discover he didn’t like mechanical engineering. He shopped for a new major and picked materials science and engineering. For his senior project, Field used simulation to redesign the casting of a differential bell housing [powertrain part] to optimize molten material flows and eliminate porosity.

Shannon Kobs Nawotniak is one of five Idaho State University faculty members receiving 2019 Outstanding Researcher Awards. Nawotniak, a physical volcanologist, is an associate professor of geosciences and director of the University Honors Program. She earned her Bachelor of Science and Ph.D. degrees in geology from Michigan Technological University and the University at Buffalo, respectively, and has been at ISU since 2011.

Michigan Tech alumnus Ken Engquist was the subject of the article “First Mining Announces Appointment of New Chief Operating Officer,” which ran in multiple media outlets including the Dallas Sun. Effective yesterday (April 29, 2019), Enquist ’93, is the new chief operating officer of First Mining Gold Corp. The company is based out of Vancouver, British Colombia. Ken holds a BS in Mechanical Engineering from Michigan Technological University and is a registered Project Management Professional. 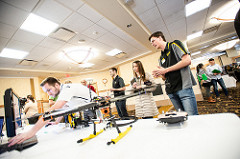 Design Expo 2019 will be held Thursday, April 18 in the Memorial Union Ballroom. Please save the date.

A panel of judges made up of distinguished corporate representatives and Michigan Tech staff and faculty will critique the projects.

Many team projects are sponsored by industry, which allows students to gain valuable experience through competition, as well as direct exposure to real industrial problems.

By the College of Engineering and Pavlis Honors College.

Their project is to design and test a backpack reflector. The reflector design is being done using NX and is 3D printed. The reflector will have 4 lights that flicker on and off. With with the help of BMS students Tyler and John, they have designed a circuit with 2 IC chips and LED lights. Olivia worked with Tyler on the 3D design, while the other girls worked on their documentation of the circuit. Some of the girls learned how to solder.

eCYBERMISSION is a national science competition for grades 6-9 and is sponsored by the Army Educational Outreach Program (AEOP). 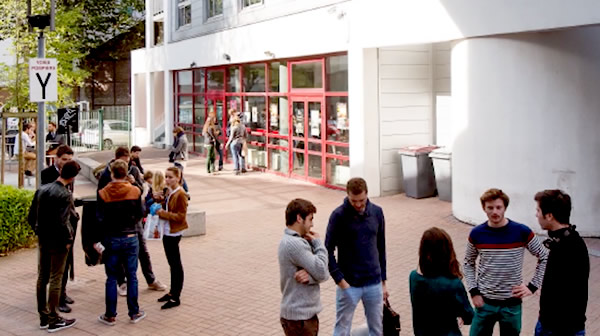 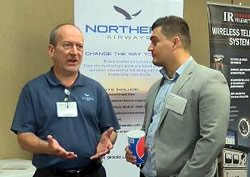