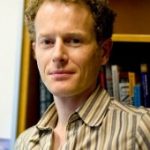 Simon Carn (GMES/EPSSI) is the principal investigator on a project that has received a $27,883 research and development grant from the University of Maryland-The National Aeronautics and Space Administration (NASA). The project is titled “Extending NASA’s EOS SO2 and NO2 Data Records from Auro/OMI to Suomi NPP/OMPS.” This is the first year of a potential three-year project totaling $96,614.