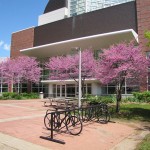 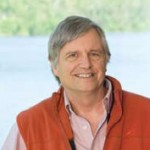 Bill Rose has started an effort to help get a local geoculture by doing a weekly department seminar. The idea is to have a partly technical and partly social event every friday from 3-4 (beginning Sept 4) with refreshments 4-5 pm.
Speakers from the department and other parts of the university and beyond have been scheduled. All of these people want to communicate with our geocommunity. They all can help us by being part of our support group for teaching, research, outreach and learning in general. These are mostly people that we don’t see every day, but who know about the Earth, Earth Science, Geology, Geological Engineering, Geophysics and Mining. The seminars will be done to inform all of us about our geocommunity, its elements and opportunities.
You may realize that Michigan Tech is a geouniversity, created because of its fortunate geology. Many people are here, whether they realize it our not, because of Earth’s gifts here and our geoheritage. You, as a member of the geocommunity have advantages and benefits that you may not know about.

Among the main things that you could get out of participation in this seminar series are:
1. Being able to write a better proposal, that explains its relevance more broadly, something that could help you get funding.
2. You might be able to identify outside examiners for your MS or PhD research.
3. You might learn about a part of geoscience or engineering that could help you do better work, or understand things better.
4. You might improve at explaining your future to your grandmother.
5. It will be fun and interesting.

We hope you will want to come every friday! 3-5pm
See the Website http://www.geo.mtu.edu/~raman/SilverI/Geoseminar/Welcome.html 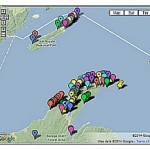 The Keweenaw Peninsula is a place of natural beauty with a fascinating mining history. Join local expert Bill Rose in reading the landscape to learn how the Copper Country came to be the way it is today.

Each one-day field trip explores one of four major events in Earth’s history that make up the strong geoheritage of the Keweenaw: Lavas, the Keweenaw Fault, the Jacobsville Sandstone and Copper Mining Waste of Lake Superior. Participants can expect to cover a lot of ground and be outside all the time.

The trip dates are as follows:

TRIPS ARE ALL FULLY BOOKED

Travel is a combination of van transport, short walks and trips aboard Michigan Tech’s research vessel, the Agassiz. Trips are limited by boat capacity to 17 people. Each day trip costs $145 and includes lunch and snacks, boat and van transport.

Dr. Ebrahim K. Tarshizi has been internationally recognized by the Young Operations Research (OR) Professional Award in the 37th International Symposium on Application of Computers and Operations Research in the Mineral Industry (APCOM 2015) held in Fairbanks, Alaska, from May 23rd through May 27th. The focus of the 37th APCOM was to further the APCOM goal of contributing to effective decision-making processes throughout the entire mineral industry. APCOM was founded in 1961 by four American universities, including the University of Stanford, the University of Arizona, the Pennsylvania State University, and the Colorado School of Mines to promote the application of computer and operations research in the mineral industry. APCOM has become an international forum to present, discuss, and examine the state-of-the-art and emerging technologies in the mining and mineral industry.

Grunert selected for the NASA Earth and Space Science Fellowship

A three-year NASA Earth and Space Science Fellowship has been awarded to PhD/Geology student, Brice Grunert for a project titled “CDOM Variability and Its Influence on Phytoplankton Distribution in a Sub-Arctic Basin.” He is currently under the direction of Dr. Colleen Mouw, Assistant Professor of Oceanography in the Department of Geological and Mining Engineering and Sciences. The NASA fellowship is a highly competitive national program which had a 16% funding rate in Earth Sciences.

Luke Bowman is a doctoral candidate in the Department of Geological and Mining Engineering and Sciences at Michigan Technological University, where professors Bill Rose and John Gierke have promoted interdisciplinary “social geology” research regarding natural hazards in developing countries through the Peace Corps Masters International program.

Kari B. Henquinet is Director of the Peace Corps Master’s International Program at Michigan Technological University.

Abstract: Despite a long history of volcanic debris flows on the northern flank of San Vicente Volcano, El Salvador, authorities and communities were ill-prepared for the lahars that occurred on Nov. 7–8, 2009. More than 250 people were killed by lahars resulting from shallow landslides, not to mention millions of dollars (US) in damage to houses, agriculture, and infrastructure. After the disaster, significant aid was invested in the region to reduce risk in future disasters. This case study uses the ethnographic tools of qualitative interviews, participant observation, and review of institutional documents to analyze two particular aspects of disaster risk reduction strategies in the town of Verapaz: 1) relocation of at-risk residents led by the Ministry of Housing and Urban Development, and 2) hazard monitoring and emergency management training programs led by Civil Protection, the University of El Salvador, and NGOs. The relocation effort, while effective at reducing physical vulnerability to debris flows, failed to incorporate livelihood, social networks, and cultural ties to homes in their project design and implementation. Since diverse livelihoods are keys to survival, and tightly-knit social networks help families share responsibilities and withstand shocks during hardships, many families returned to the high-risk area or opted not to relocate. Others have adapted using unanticipated strategies to benefit from the resettlement effort. On the other hand, the emergency management training and education programs valued local input, knowledge, and action, which has helped increase awareness and improved the overall capacity to manage emergencies through wide, local participation. The different approaches used in the two risk reduction initiatives reveal important lessons regarding the importance of community participation. Challenges derive from narrow understandings of vulnerability on the part of disaster risk reduction experts, who neglected to consider and understand kin networks and residence patterns that help maintain diverse livelihoods, as well as ensure safety and security. As demonstrated in the 2011 Tropical Depression 12E, effective public engagement and empowerment helped bridge the knowledge, awareness, and preparedness gaps that existed prior to the 2009 disaster. 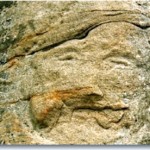 Two distinguished authors from Duluth, Ron Morton and Carl Gawboy, will visit Houghton and Michigan Tech as part of the Carnegie Seminar Series in Keweenaw Natural History. Morton is a geologist and emeritus Professor from University of Minnesota, Duluth. Gawboy is an Ojibwa elder and well-known artist. They have taught unique classes together that bridge legend and geological science.

While in Houghton there will be two special public events.

On Tuesday, April 14 there will be a reception at the Carnegie Museum, Community Room at 6 pm, where discussion, introductions and light refreshments will be featured, and this will be followed by a joint presentation titled: Talking Rocks: Common ground geology in the Lake Superior Region and Native Americans.

On Wednesday, April 15 a book signing (Two books: Talking Rocks and Talking Sky) will be held in the East Reading room, First floor, JR Van Pelt Library at 4 pm, followed by a joint presentation at 4:30-5:30 pm, titled: Talking Sky: Ojibwe constellations and sky stories– how they used them to live on and with the land.

This special visit is sponsored by the Carnegie Museum of Houghton with additional support from the Departments of Geological and Mining Engineering and Sciences, and Social Sciences, the JR Van Pelt Library, the Indigeous Issues Discussion Group and the Isle Royale and Keweenaw National Parks Association. If you wish to meet with these visitors contact Elise Nelson (906 482-7140 or elisen@cityofhoughton.com).

More information about these special events is online:

Jacqueline Huntoon, dean of the Graduate School, (Professor, Geological and Mining Engineering and Sciences) has been appointed to the board of the Michigan Science Teachers Association (MSTA). She will represent Region 12, which includes Houghton, Baraga, Gogebic, Keweenaw and Ontonagon Counties.

“I am pleased to be able to represent Region 12 and Michigan Tech as a member of the MSTA Board,” said Dean Huntoon. “It has become increasingly clear over the years that there is a need for individuals involved with higher education to partner with and support teachers at pre-college levels.”

Huntoon is recognized for her leadership of Mi-STAR (Michigan Science Teaching and Assessment Reform), a project funded by the Herbert H. and Grace A. Dow Foundation. “Mi-STAR is helping to make K-12–higher education partnerships a reality by developing new middle school curricula and new models for teacher professional development and pre-service education,” she explained. “Michigan Tech is well-poised to become a leader in science education in the future because of our commitment to excellence in applied and basic research.

“I look forward to having the opportunity to share with and learn from others on the MSTA board who are committed to continually improving the quality of science education and student outcomes in Michigan,” she went on to say.

Dr. Ebrahim Tarshizi, the faculty of Mining Engineering, has received the Program Area Manager Award by the Society for Mining, Metallurgy and Exploration (SME) for organizing the Mining & Exploration (M&E) Technical Program in the area of Technology and Innovation in the 2015 Annual Conference. The SME 2015 Annual Conference was hold in Denver, Colorado, February 15-18, 2015.