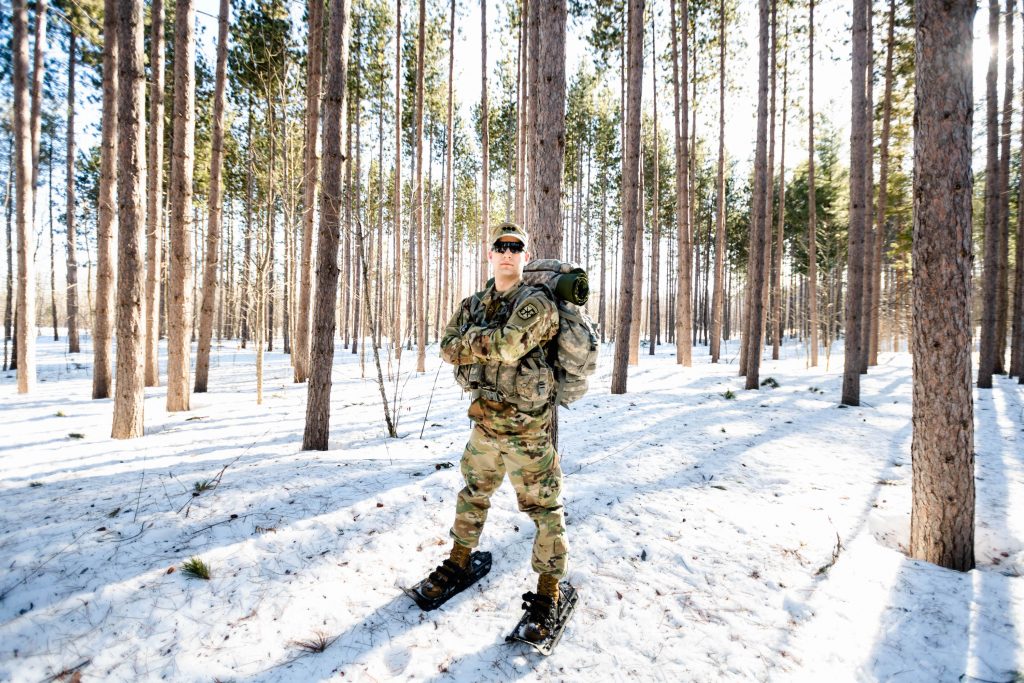 Somebody who knew someone, who knew someone, convinced me to come to Michigan Tech and here I am — and almost graduated. During O Week I thought I had made the worst decision of my life. The only reason I got up every morning was Army Physical Training (PT).

Coming in, I only had the money to afford one year of college. After that, I either had to pull out a lot of student loans, drop out and go into the military, or figure something out. Army ROTC (AROTC) has a three-year scholarship you have to compete for, and in order to compete, you have to have a good PT score, good grades, and in general, show you participate in activities. So that really became the only driver to keep me in college. I had a semester and a half to be awarded the scholarship and I needed to make sure I could secure it. It was a grind. I kept trudging through it and in February of my second semester, I was awarded the scholarship and it was instant relief. And honestly, from there, it’s been the normal path. I’m not a believer in luck. I think a lot of it is what you prepare for.

We’re in the Third Brigade. There are eight brigades in the US. We’re the gritty cadets because we don’t train in the nice warm weather, we train in the frozen tundra. We do everything in snowshoes. While I’m here, I’m focused on doing all I can to be a top candidate and a leader. AROTC has given me a lot of opportunities like going to Chile for Cultural Understanding and Leadership Proficiency for a month and being Battalion Commander. From June 16 to July 19, I’ll attend Sapper Leader Course.

I had to compete against the entire Third Brigade for the spot and it’s not guaranteed I’ll pass [it’s called tabbing, actually; he’d earn a sapper tab for his uniform] when I complete the course. I told my buddy, “Either I’m coming out with that tab or I’m coming out on a stretcher.” Also, I have a little brother, Caleb; he’s a first-year student here. I will not let him hold [my not tabbing] above me the rest of my life. He’s also in ROTC, an engineering management major, and he’s actually—him and my good friend, Greg, are helping me with all the training. They PT with me five days a week. They keep me accountable. That way I don’t slack off. My parents don’t really know why Caleb and I were so inclined to do the military. I say it’s because no one ever plays navy; instead, they played soldiers. I don’t know if that’s what it was, maybe we just like a challenge and hard work. That’s just kind of how it panned out. I guess it’s a good thing, especially knowing that Caleb came here means I might have done something right. He sees it as a good thing. The cadre lets me know every day that he’s doing better than I did as a first year. And I like to think if he wasn’t that means I didn’t do my job.