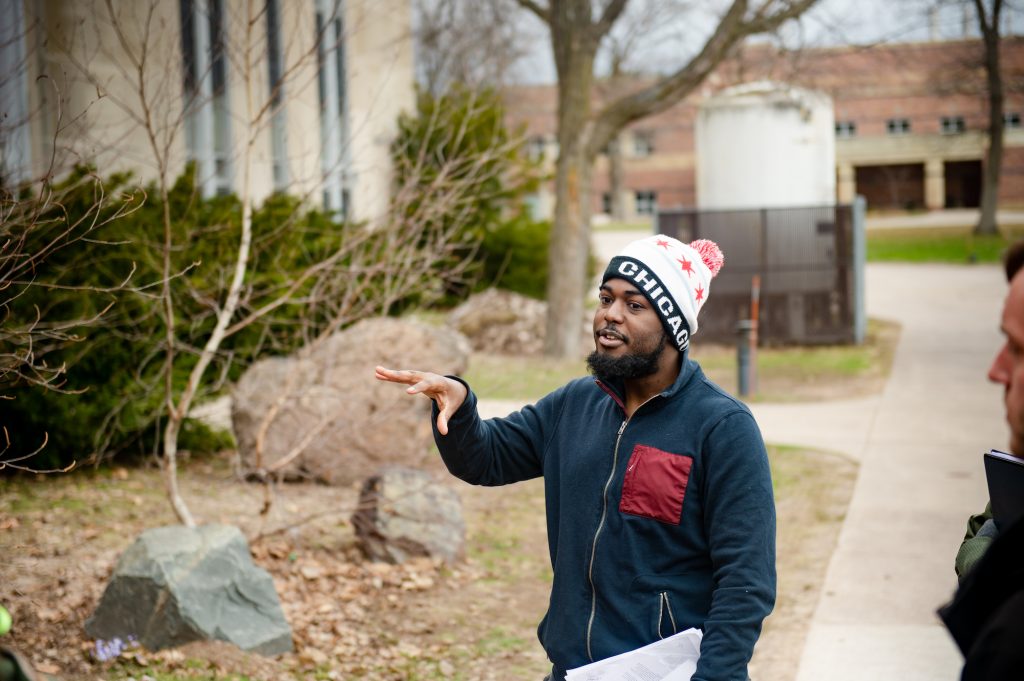 I started learning about alternative energies in high school through a program that also had us do a garden restoration. And that kind of sparked my interest in urban forestry and it kind of got me on the path of saying, “Hey, maybe I can pursue this path.” I didn’t see a lot of people that looked like me that were pursuing this path. So I said, “Hey, let me be a trailblazer in a sense and start this.”

When I first started college as an undergraduate, I didn’t do urban forestry because I didn’t know my school had a program. I did the closest thing to it, which is environmental science, but then I found out from the agriculture department that they had an urban forestry program, but it was still in the development stages, so I said, “Hey, let me get back to what that spark was.” And as I started taking the classes, I realized that this was really what I wanted to do, it was something I could see myself doing for years to come.

I applied to Michigan Tech because it is one of the few schools in the country that has its own experimental forest area. I didn’t really know what to expect. I’m from New York City, but I spent my undergraduate years in a small town at the University of Maryland Eastern Shore. Being there helped me understand how small towns work, like the sense of community that’s there is much stronger than it is in a city.

For my master’s thesis, I did a canopy assessment of the trees on campus—looking at the canopy to see how it changes over time. I did two tree tours on campus. I really like telling people about the different types of trees we have on campus. I honestly can’t tell you how many times I’ve walked the campus looking at trees and saying to myself, “Okay, that’s a northern red oak, that’s a sugar maple, that’s a buckeye…” I have a big passion for this and I really want to try to set a precedent for people like myself. I want to show that you don’t have to be pigeonholed in certain areas. You can pursue careers in natural resources.

Next step for me is to be a work planner for a tree company in South Carolina. I’ll be directing work for tree crews. I want to work with the company for a while and then start my own consulting forestry business. I hope to consult landowners about the best methods in terms of preserving their trees and plants. Eventually, I want to set up a scholarship fund and help students that want to pursue careers in natural resources. I want them to be able to have the opportunity to go to school without having that financial burden on them, so, hopefully in the future, once I make enough money and make smart choices, I’ll be able to give back to people. And eventually, I would want to talk to students who may be interested in pursuing careers in natural resources because I think that’s the best way to ensure that the new generation will come into natural resources.