After graduation, I applied to nearly every cruise line and was hired by Norwegian Cruise Line as a lounge technician. My main task was to set up the musicians for performances in the shipboard lounges.

The COVID-19 pandemic started affecting shipboard operations on our last cruise from Australia to French Polynesia, after which we were supposed to head to Alaska for summer. Before guests even got on board, some ports were closed to all cruise ship traffic so immediately our itinerary changed. We were no longer traveling to Samoa and no one would be allowed to get off in New Caledonia. This initial change angered some guests but the rest were understanding. Midway through a three-day journey in French Polynesia, the captain informed us that all of French Polynesia closed their ports and we were heading back to Fiji. This infuriated a lot of the guests, made some happy, and confused the rest. This would be a recurring theme.

Since the cruise had essentially been canceled, our main objective was to disembark the 2,400 passengers safely in New Zealand. A day later, New Zealand closed their ports as well.

Our ship was bouncing around the Pacific Ocean with nowhere to go. It seemed like we were at the mercy of the sea with no one reaching out to help. No one knew how much fuel we had left and those that did were told to keep their mouths shut. Food and water are easy enough to ration, but without fuel we would have had no navigation, limited communications, no electricity, and no ventilation.

Guests started contacting their own governments. I guess they thought their government would be able to overrule the local government’s rules and let them leave before the other guests. This didn’t happen.

Through all this, on-shore operations worked tirelessly to convince governments to open up their ports so we could at least refuel. We got word that American Samoa would let us in to refuel, but, strictly no one was allowed off the ship.

I cannot tell you how beautiful the island looked when we first caught sight of it. I almost cried when I saw land. It was just so surreal to finally be there after all the uncertainty. It was the first time that we had hope.

Shoreside operations formed a very detailed plan for us. From American Samoa, we were to sail to Hawaii. Once we arrived, the guests would disembark and take chartered flights provided by NCL. Very specific procedures were in place to minimize all contact between guests and officials on land.

After 12 days at sea and countless changes to our plans, we made it to Honolulu. We were docked for five days and disembarked all the guests. This was our main goal. Employees would be fine staying on the ship as long as there were no guests to tend to. We left Hawaii for a  six-day journey to Los Angeles.

We closed down all the restaurants, lounges, and other guest areas in preparation for an unknown amount of time, which meant, we finally got something rarely seen on cruise ships—a break.

When we arrived in L.A., lists were posted detailing which crew members would be going home. At this point, most countries were closed so a majority of the crew had to stay on board. Fortunately, most U.S. citizens were able to leave the ship.

The adventure that began Feb. 27 finally ended with I arrived home in Plymouth, Michigan April 6. 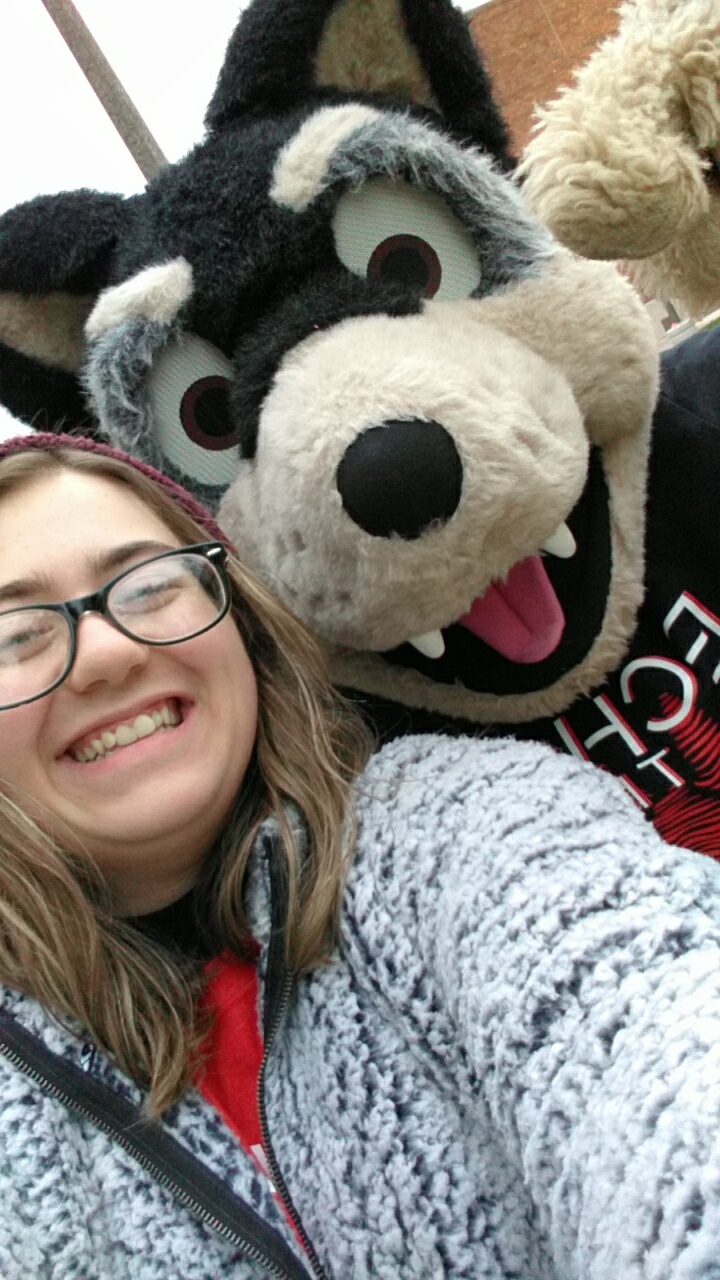 My decision to come to Michigan Tech was made superficially at first—I fell in love with the area, surroundings and how the campus looked—but as I started my freshman year I was drawn in by the classes and traditions at Tech. I am a bioinformatics major, with minors in computer science, psychology, and microbiology. Bioinformatics is at the intersection of statistics, biology and computer science, which is why I chose it. It’s an up-and-coming branch of science that will give me a great foundation for my career. Not many schools offer it and I’m thankful Michigan Tech does. One of the reasons I love being a coach in the Biological Sciences Learning Center (BLC) is that I can help others and teach my favorite subject: biology.

Involvement outside the classroom comes naturally to me. In high school I was active in most of the clubs and even helped start a couple. At Tech, in addition to the BLC I’m on the Blue Key E Board, I’m a mentor in the Center for Diversity and Inclusion, and I volunteer at the local animal shelter. There were so many people who helped me get to college and so many who have helped since I’ve been here. I really want to give my all to make them proud. Coming from a small community (and school) to a larger place like MTU, I want to do what I can to help others be their best. Huskies help Huskies.

Being active outside the classroom while pursuing my education helps take my mind off the hefty workload here at Tech. It helps me gain new perspectives and connect with other students and faculty. Activities outside of the classroom or lab also allow me to participate more deeply in Tech traditions, especially Winter Carnival.

As an MTU Blue Key Honor Society member, for the past two years I served as chair of Alumni and Membership Relations. Michigan Tech’s Winter Carnival connects our alumni to their alma mater. It’s such a deeply rooted tradition and we try super hard to give people new experiences and stories to tell. I connected with EchoTrek, a local humane society fundraiser in memory of Blue Key member Alec Fisher, who died in an automobile accident in November 2018. Currently we’re working on gathering alumni donations to help make a small scholarship available to our members based on their leadership and volunteering service while serving with Blue Key.

Looking beyond Michigan Tech, my goal is to earn a master’s degree and become a genetic counselor, a person who meets with  people to determine their or their children’s risk of genetic diseases and other health care issues. I’ve had this plan for some time, as my father passed away from cancer when I was nine. I want to help people be less afraid and to do what they can do to prevent diseases. 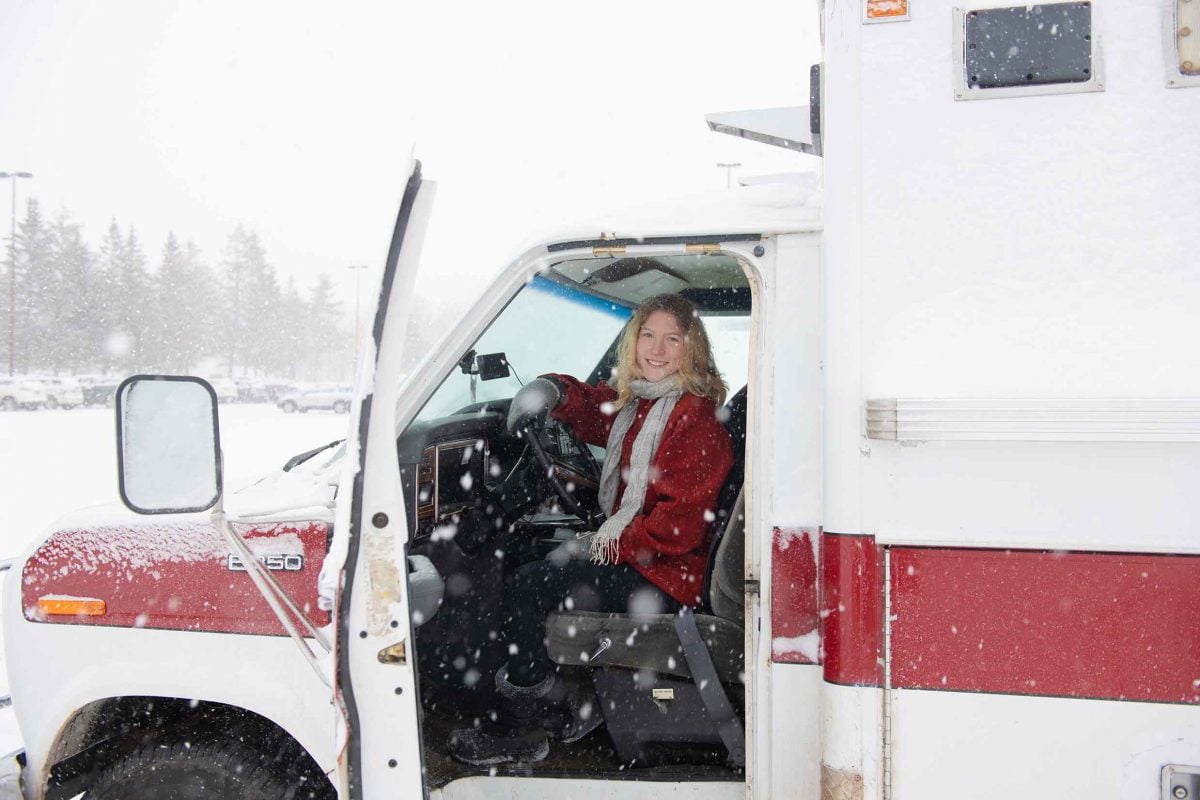