Michigan Tech and other universities have seen an increase in gift card scams. These scams have become more and more common on campus.

As with phishing, you are your best advocate; be diligent and protect yourself. Make sure to look at the sender’s email address. If it seems suspicious, it probably is. When in doubt, reach out to Michigan Tech IT.

Michigan Tech faculty and staff may access their 2019 Open Enrollment through MyMichiganTech or Banweb. We want to remind you that Duo Two-Step is used for this access. Below are some tips for using Duo. We also have more information about Duo in our Knowledge Base.

We recommend that you set up a secondary device in case you need to authenticate and don’t have your primary device handy. Some popular combinations our IT staff uses are:

Generate a security code with your mobile app 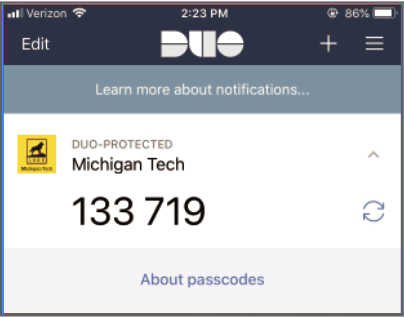 For your convenience, you can select Remember me for 30 days when logging in on your personal device and Duo will remember and not ask to authenticate for 30 days on that device. 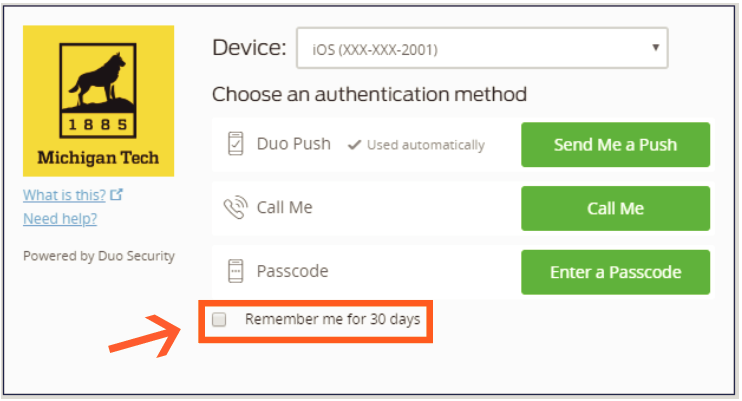 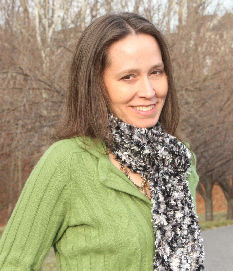 Carolyn Rowland graduated in 1992 with a BS in Scientific and Technical Communications / CS option. She spent a few years working in the Metallurgical and Materials Engineering Department at Michigan Tech as a Unix System Administrator until she moved to Maryland to work at NIST as a Unix System Administrator with a focus on IT security. She has since become the IT Security Officer for the Engineering Laboratory at NIST while also leading a team of system administrators and software developers who specialize in software and systems security. She is also President of the Board of Directors for USENIX, which organizes two security-focused conferences annually: USENIX Security (research and academia) and Enigma (industry). 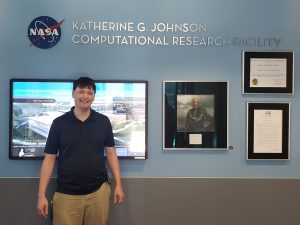 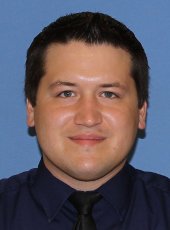