Michigan Tech Professor Emeritus Duane “Dewey” Thayer, a professor remembered by colleagues and alumni for his devotion to his students, has passed away. He died unexpectedly Friday at Dickinson County Memorial Hospital in Iron Mountain of an apparent heart attack. He was 81.

A native of Kingsford, Thayer came to Michigan Tech for a year, left and served in the U.S. Marine Corps for three years and was honorably discharged with the rank of sergeant.

Following his service, he returned to Tech where he earned bachelor’s, ’59, and master’s, ’62, degrees in metallurgical engineering.

Stephen Kampe, chair of Materials Science and Engineering, called Thayer, “one of a kind.”

“He had a large personality in the classroom,” Kampe said. “With a style and humor that was very memorable and the subject of considerable lore among his students. To many, Dewey Thayer exemplified the Michigan Tech of his era.”

Kampe said colleagues enjoyed the sincerity of his friendship and the wisdom that he freely shared. “He will be missed,” Kampe said.

Komar Kawatra, chair of chemical engineering has fond memories of his long-time friend and colleague.

“Duane Thayer was one of the most unforgettable people I have met,” Kawatra said. He said Thayer cultivated an image of taking no nonsense and settling for nothing but the best from his students, but in reality he cared deeply about them and made them the focus of his life.

“He would give them money, food, advice, job leads and references and anything else they needed,” Kawatra said. “He was affectionately known by the students as ‘Dewey.’ Even years after graduating, our alumni still talk about him as one of the professors who had the greatest impact on their lives.”

One of those former students is Mike Gregory, ’69, a vice president at North American Coal. More than four and a half decades after his time at Tech, Gregory has vivid memories of the man who made a deep impact on his education, his career and his life.

“Dewey, was a hard-charging man, a task master who expected a lot out of his students. He expected us to perform, but treated us fairly, and that’s all you can really ask for.”

Gregory said, in addition to being an outstanding educator, Thayer was a forward thinker. “What most people don’t realize is that Dewey was way ahead of environmentalists. It was the 1960s, and he posed metal recycling concepts to his students, long before they became part of the conversation.”

Thayer’s impact was so significant on Gregory that in 1993, he and fellow alumni Ken Brunk, ’69 and Jim Graham, ’70, established a scholarship named in Thayer’s honor for students majoring in the earth science and resource engineering curriculum with a focus of study in mineral processing.

In addition to being an educator, Thayer was an innovator and engineer, serving as an international consultant in mineral processing and extractive metallurgy.

He was active in the Copper Country community serving on the Quincy Mine Hoist Association Board of Directors, the Society of Mining Engineers, the American Legion and the Vets Club.

Private funeral services will be held Saturday followed by a public wake from 4-6 p.m. at the Douglass House in downtown Houghton.

The family suggests memorial gifts be made to the Michigan Tech Fund, directed to the Duane Thayer Honorary Endowed Scholarship or to the Salvation Army. A complete obituary can be found at the O’Neill-Dennis Funeral Home’s website.

Refreshments will be served.

The program is in its eighth year of supporting sustainable efforts to address urgent community needs focused on “Building Sustainable Communities.”

Ford C3 winners are required to present proposals for sustainable projects with significant student input, involvement and leadership. Water conservation, renewable energy, urban gardening, recycling and mobility are among the proposals submitted by these creative teams of students. Each of the winning projects will receive a $25,000 grant to support their project.

Michigan Technological University: Plastic Recycling to 3D Printer Filament. The MTU team will work with the local community to incorporate a wider variety of plastics into recycled filament, and upgrade machinery to use this recycled product to produce the filament. See the article “A Call to Change Recycling Standards as 3-D Printing Expands”

The next Materials, Science and Engineering Seminar will take place from 11 a.m. to noon tomorrow in Seminar Room 610 of the M&M Building.

Looking for a seasoned production professional to head operation of our DMLM production facility. DMLM is

3-D printing in metal. We operate 10 state of the art machines from 3 different OEM’s. We provide prototype

and manufacturing services to the Aerospace, Medical, and Industrial Industries.

Individual should be well versed in operations, including ERP, Quality and Engineering.

We support this position with an excellent team of stabile and qualified individuals, and offer a competitive

Looking for an Engineering Manager to lead technical activities associated with our DMLM production facility.

DMLM is 3-D printing in metal. We operate 10 state of the art machines from 3 different OEM’s. We provide

prototype and manufacturing services to the Aerospace, Medical, and Industrial Industries.

Individual should be well versed in Engineering fundamentals, metals (including heat treatment) and quality

systems such that they will become the subject-matter-expert on DMLM at GPI.

We support this position with an excellent team of stabile and qualified individuals, and offer a competitive

The Materials Science and Engineering department is hosting William T. Reynolds, Jr., Virginia Tech, from 11 a.m. to noon Tuesday Sep 15, 2015; in seminar room 620 of the M&M building. Reynolds will discuss the topic “Three-Dimensional Electron Microscopy,” as part of the John and Virginia Towers Distinguished Lecture Series. 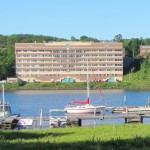 Joshua Pearce (MSE/ECE) co-authored “Feeding Everyone: Solving the Food Crisis in Event of Global Catastrophes that Kill Crops or Obscure the Sun” in the journal Futures. Joshua Pearce (MSE/ECE) was interviewed for CBC in October on feeding everyone in the event of catastrophe. Pearce’s research in low concentration solar photovoltaic technology was also covered widely by the international media including the Epoch Times and the EE Times in Europe and India.

Joshua Pearce (MSE/ECE) gave a plenary presentation “Making Open Hardware the New Standard in Science” at the 2015 Open Hardware Summit, Saturday in Philadelphia. The summit was sponsored by the Open Source Hardware Association.

Tech Service Engineer, Southern Alabama, steel, heavy travel, salary OPEN. BSMatl Sci/Metl/CHEM/MECH . 5+ years experience in steel products or knowledge of steel and steel properties (such as having worked in the capacity as steel metallurgist) considered.
Metallurgical Engineer near Houston, TX. 5 years experience, Plate, HSLA, Degree a MUST, Hot Roll these are the ideals.

2 Production/Melt management positions open – one in northern Alabama & one in NW Indiana. 5 years minimum melt shop experience, EAF preferred
Process Engineer located in NE OH area- cold mill/galvanize experience. Metals facility located in the Youngstown OH area. BS a must (Material Science or Metallurgy preferred). Bonus potential up to 15%, with an average 5-8 %.
Provide technical solutions to equipment, process and application problems through on site observations, plus analysis of equipment and process data, to identify opportunities for improvement. With operations management, assist in, and /or develop, solutions and system improvements to take advantage of those opportunities.
Provide technical expertise to optimize quality, productivity and yield. Work closely with operators and production supervisors to optimize quality, productivity and yield. Coach/Lead continuous improvement teams. Resource for technical guidance to both operators and supervisors. Develop Standard Operating Procedures (SOPs) with supervisors and operators. Develop and justification of new projects. Interact with Quality Tech Reps/Customers and other departments to communicate, identify, and resolve technical issues. Interface with Commercial and Quality departments on the development of new customers/orders when appropriate. Perform other related work, as required.
BS in Mechanical, Industrial, Manufacturing Engineering, Materials Engineering (with emphasis on metals), or Metallurgical Engineering. 3 yrs manufacturing experience, preferably in metals.
PREFERRED: intermediate level skill with Microsoft Office applications. Familiar or experience with Toyota Production System and/or Lean Manufacturing. Familiar with ISO system and documentation.

IN – General Manager, Primary Operations – responsible for all aspects of Melt Shop operations including the safe functioning of the Electric Arc Furnace, Ladle Metallurgical Furnace, and Caster. Oversee all operations and assure production goals are met in a safe and efficient manner.
BS Metallurgy, Engineering or a related field. Additional educational experiences are a plus. Minimum 10 yrs working in a shop with an Electric Arc Furnace. Experience in slab casting. Experience in managing Scrap metals. Strong management skills with ability to oversee managers, supervisors and hourly employees in a Union environment including both operating and maintenance personnel
Be a champion of Safety and promote safety by example in all aspects of the operations. The Manager is responsible for assuring that all operating and maintenance procedures promote safe practices.
Effective verbal and written communication skills. Create/ oversee budgets, monthly spending and capital project expenditures. Oversee maintenance of all equipment to assure efficient and consistent operations of facility. Work with other General Managers as a part of the Management Team. Long term employment commitment. Report directly to the Director of Operations.
Quality/Systems Engineer, west of Chicago, carbon steel, 5 years, Quality systems experience, BS Eng a must, bonus potential.

Project Overview:
The switch from copper to aluminum in automotive electrical systems is advantageous to U.S automakers and automotive component suppliers because it has the potential to decrease vehicle weight and raw materials costs. This switch also poses several challenges. This senior design project characterizes the galvanic corrosion rate of an aluminum substrate with a metallic plating when exposed to an electrolytic solution. This mimics the exposure of electrical components to a fluid containing salts or automotive chemicals. The results of this testing are critical to the success of the copper-to-aluminum substitution in automotive electrical systems. This is because they inform automotive component designers about the expected lifetime of such systems when exposed to a corrosive environment.