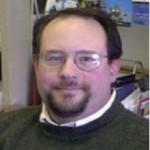 Amazing technical tasks have been accomplished in the past, from wonders like Stonehenge to the Wright Brothers biplane, but usually with little to no framework that we could conceive of as ‘science’. Modern engineering, on the other hand, has a vast range of scientific information with which to design and analyze new developments in technology, but it rarely stops to look back at how things worked in the past. These techniques can, however, offer great insight into historical technology, but it is often overlooked by historians who don’t know modern science and by engineers who don’t consider historical topics legitimate areas for analysis. This presentation will give a number of examples of historic technologies that have been recreated and analyzed with varying levels of engineering science, and then describe an ongoing research project on the “Origins of Firepower” that seeks to understand how early firearms were made, used, and understood. In particular, a number of research opportunities will be highlighted with regard to pre-modern gunpowder manufacture and combustion, as well as early artillery metrology and ballistics.

Dr. Walton holds degrees in Mechanical Engineering (B.S. Cornell; M.S. Caltech) and the History of Science and Technology (M.A., Ph.D ., Univ. of Toronto). He is own research on the history of technologies and the industries that made them spans the Middle Ages to the nineteenth century, and he works on both European and American topics. Most recently, he has two relevant projects underway that will appear in the talk: he is part of the Early European Guns and the Origins of Firepower research groups based in the UK and Denmark and in engaged in a series of surveys and projects to understand how gunpowder weaponry from the late 15th and 16th centuries behaved; in his work on 19th-cetntry American ordnance foundries, he is studying how the early understandings of strength of materials before the Civil War influenced artillery design and manufacture. He is long-term goal is to help find places where historical studies and engineering science can come together fruitfully to answering interesting historical questions.