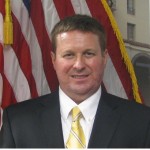 The ME-EM Graduate Seminar guest speaker on Thursday, March 20 at 4:00 in 103 EERC will be Dr. David Garren from the Naval Postgraduate School.

The title of his presentation will be ‘Signatures of Surface Moving Targets within Synthetic Aperture Radar Imagery’.

Synthetic aperture radar (SAR) enables accurate collection of imagery data in all weather conditions, day or night. SAR image formation yield well-focused imagery of geophysical scenes, since the radar signal processing uses a filtering process that is matched to the radar echoes from stationary scattering centers within the scene. However, moving targets yield a signal mismatch in the processing and thus appear defocused, wherein the majority of the smearing occurs in the radar cross-range direction. This current investigation presents methods for analytically predicting the detailed shape of the smear signatures for surface targets with arbitrary motion in spotlight SAR imagery. This analysis considers the standard collection geometry in which the radar sensor moves with constant speed and heading on a level flight path, with radar beam-pattern pointed perpendicular to the direction of flight. Examples in which a target moves with constant speed and heading yield smear shapes that are simply curved, as with a parabola. However, complicated smear shapes can be obtained for cases of non-uniform target motion, as with a target that is undergoing a braking maneuver. The current investigation develops accurate equations for predicting the shapes of mover signatures based upon input values for the target motion. This predictive capability offers the potential of providing insight into the details of the target motion based upon mover signatures that are observed within SAR imagery.

Professor Garren is an Associate Professor in the Electrical and Computer Engineering Department at the Naval Postgraduate School – National Capital Region. He has over twenty years of experience in applied research in various disciplines, including radar, image processing, and signal processing. He has over thirty-five research publications in journals and conference proceedings, and he holds seven U.S. Patents. Professor Garren received the Ph.D. degree in 1991 from the College of William and Mary.