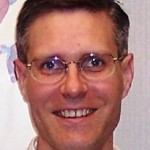 The ME-EM Graduate Seminar speaker on Thursday, November 6th at 4:00 in 103 EERC will be Dr. Jeffrey Doering from Ford Motor Company.

The title of his presentation will be ‘Driveline Input Shaping via Clutch Torque to Mitigate Shuffle After Lash Crossing’.

Jeff Doering received the B.S. in Aerospace Engineering from the University of Minnesota, Minneap-olis, in 1991 and the M.S. in Mechanical Engineering from Stanford University in 1992. In 2000, Jeff received his Ph.D. in Mechanical Engineering from Michigan Technological University. Since 1992, he has been with Ford Motor Company, Dearborn, MI, working in the areas of engine and vehicle controls in both product development and research, where he is currently a Technical Leader in Research and Advanced Engineering.
Jeff currently leads a team of engineers working on vehicle and engine controls, primarily focused on HE-V/PHEV/BEV applications. Jeff has received over 90 U.S. Patents, with approximately 30 in production in Ford vehicles.