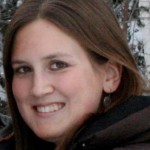 The ME-EM Graduate Seminar speaker on Thursday, December 11 at 4:00 in 103 EERC will be Karen Krueger, Postdoctoral Fellow from Orthopaedics Department, University of Iowa.

The title of her presentation will be ‘Computational and Experimental Biomechanics of Total Hip Wear Increase Due to Femoral Head Damage’.

Aseptic loosening due to wear-induced osteolysis remains a leading cause of failure in total hip arthroplasty (THA), par-ticularly in revisions required beyond the second decade of use. Historically, there have been large amounts of variability of wear within individual THA patient cohorts. Evidence indicates that femoral head damage can be a cause of this varia-bility. While femoral head damage as a result of third body particles and subluxation and dislocation events has been well documented, direct quantifiable linkage between such femoral head damage and wear acceleration remains to be estab-lished. Due to large ranges of observed retrieval damage, wear testing protocols for simulating third body and other dam-age effects have been widely variant, making it difficult to know where the clinical reality lies.

To study the effect of retrieval femoral head damage on total hip implant wear, a damage-feature-based finite element (FE) formulation was developed, which allowed for wear prediction due to individual scratch, scrape, and transfer deposit features. A multi-scale imaging procedure was also developed to globally map and quantify micron-level damage features appearing on retrieval femoral heads. This allowed for wear simulations of damage patterns observed on specific retrieval femoral heads. Retrieval damage was shown to be highly variable among patients, and capable of producing up to order-of-magnitude wear increases when compared to undamaged heads. Damage following dislocation and subsequent closed reduction maneuvers was found to be particularly detrimental, with average wear rate increases in the range of half an or-der of magnitude. These data were used to develop wear testing protocols for simulating clinically-occurring third body and other damage effects.

Karen Kruger is currently a postdoctoral fellow in the Orthopaedics depart-ment at the University of Iowa. She earned her B.S. in mechanical engineering and biomedical engineering from Michigan Technological University while com-peting in Varsity cross country and Nordic skiing. While at Michigan Tech, she received a Michigan Space Grant to study the effectsof spaceflight on the knee joint meniscus. She went on to complete her Ph.D. in Biomedical Engineering with a focus on orthopaedic biomechanics at the University of Iowa under the direction of Dr. Thomas Brown. Her dissertation work focused on wear in total hip replacements.