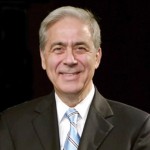 The ME-EM Graduate Seminar speaker on Thursday, April 16 at 4:00 in 103 EERC will be Dr. Emmanuel Gdoutos, Professor at Democritus University of Thrace, Greece, Adjunct Professor at Northwestern University. The title of his presentation will be ‘Multiscale Mechanical And Fracture Characterization Of Cementitious Nanocomposites.”

Results are presented for the mechanical and fracture properties of cementitous materials reinforced with multiwall carbon nanotubes (MWCNTs) and carbon nanofibers (CNFs). The MWCNTs and CNFs were dispersed in water by applying ultrasonic energy and using a surfactant. Three-point bending tests were performed to obtain the mechanical and fracture properties. The nanomechanical stiffness of the nanocomposites was investigated by nanoindentation tests. It was found that the modulus of elasticity and flexural strength increase substantially for a reinforcement of 0.08 wt.%. Fracture mechanics characterization of these materials was also performed. The excellent reinforcing capabilities of MWCNTs and CNFs are demonstrated by a significant improvement in critical stress intensity factor and critical strain energy release rate resulting in advanced materials for civil engineering applications.

Dr. Emmanuel E. Gdoutos is Professor at the Democritus University of Thrace, Greece and Adjunct Professor at Northwestern University. He is member of European and national academies worldwide, Fellow of technical societies and received medals and awards from technical societies. Recently, a special issue of the journal Meccanica was published in his honor. He received an honorary Ph.D. from the Russian Academy of Sciences and the University of Nis, Serbia. He is author of over 300 technical papers and 17 books and editor of 18 books. He served as Editor-in-chief of Strain (2007-2010), President of the European Structural Integrity Society (ESIS) (2006-2010), chairman of the European Association for Experimental Mechanics (EURASEM) (2003-2007), President of the Society for Experimental Mechanics (SEM) (2013-2014).