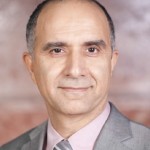 The ME-EM Graduate Seminar speaker on Thursday, April 23 at 4:00 in 103 EERC will be Dr. Reza Tafreshi from Texas A&M University at Qatar.

The title of his presentation will be ‘Development of a Low Dimensional Two-Phase Thermal Model for Subsea Pipelines’.

Rising global energy demand has led to new operational challenges in unfamiliar environments, with higher temperature gradients. The challenges directly address safety, environmental and economic issues. Due to the low subsea temperatures and relatively higher petroleum fluid temperature in deep water pipelines, convectional heat losses occur from the petroleum fluids to the surroundings. This heat transfer is necessary to be considered, to ensure the proper flow of petroleum fluids. While conventional equivalent heat transfer models are easier to compute, they are not accurate enough to reflect the changes that would occur within a fluid due to different multiphase flow regimes and proportions. The objective is to develop a low dimensional and low computational equivalent thermal model of subsea fluids, which can predict two-phase fluid temperatures along insulated subsea pipelines. The developed heat transfer model combines the application of two-phase heat transfer coefficient model with fluid properties obtained from a low dimensional fluid model developed by our group. The presented model identifies the effect of heat transfer in subsea pipelines for two-phase fluids for normal operating and shut-down conditions. This model, when compared with industry standard software, showed that results were obtained with similar accuracy with approximately 1000 times less computational time.
Some other current research activities will be also discussed.

Reza Tafreshi received his B.Sc. and M.Sc. degrees from the K.N. Toosi University of Technology, Tehran, Iran, in 1991 and 1995, respectively, and his Ph.D. degree in mechanical engineering from the University of British Columbia (UBC), Vancouver, BC, Canada, in 2005. He was a site engineer and then a project manager at PoloDej Company, Tehran, from 1995 to 1999. From 1999 to 2000, he was a Research Engineer with the Department of Mechanical Engineering, UBC. Dr. Tafreshi was a recipient of the Michael Smith Foundation for Health Research Award, Canada, and was a postdoctoral fellow at the Department of Electrical and Computer Engineering, UBC, from 2005 to 2006. He was a Visiting Assistant Professor with Texas A&M University, College Station, TX, in 2006. In 2007, he joined Texas A&M University at Qatar, Doha, Qatar, where he is currently an Assistant Professor. His research fields include dynamic systems and controls, machine fault diagnosis, condition monitoring, and biomedical engineering.