Andrew Barnard (MEEM/GLRC) is the principal investigator on a project that has received a $200,000 research and development grant from the National Science Foundation (NSF). The project is titled “PFI-TT: Using nanotechnology to create a proof-of-concept prototype for noise-canceling in building ventilation systems.”

The is a one-and-a-half-year project.

Project Funding for Bio-Oil as a Feedstock

Ezra Bar-Ziv (MEEM/APSRC) is the principal investigator on a project that has received a $25,000 research and development grant from Michigan State University.

Andre Da Costa (ChE) is the Co-PI on the project titled “Bio-Oil as a Feedstock in a Petroleum Refinery.” 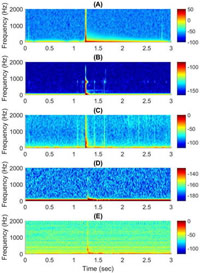 Andrew Barnard (MEEM/GLRC) is the principal investigator on a project that has received a $59,405 research and development grant from the Office of Naval Research. 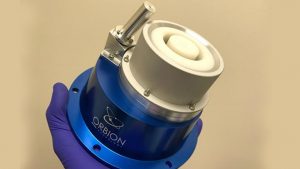 At a time, space technology, satellites, used to be concentrated among the developed nations and some rich corporations. But in recent times space has become more democratized due to the exploration in this area by new age companies like Orbion Space Technology, Virgin Galactic, SpaceX and some other players.

“Within a few years, we will witness a number of competitive rocket companies vying to attract customers who want to launch their data collecting platforms into orbit”, says Lyon Brad King is CEO and Co-founder of Orbion Space Technology and the Ron and Elaine Starr Professor in Space Systems. “This type of true market competition has never happened in space tech until now.”

Read the interview at TechGenYZ.

The 2018 1st Quarter meeting of the APS LABS Advanced Light Duty Engine Consortium was held last week at the BorgWarner Technical Center in Auburn Hills, Michigan. Ten Michigan Tech faculty, staff and students were in attendance. The consortium, led by APS LABS, and now in its second year, is focused on continuing to advance the state of the art in light duty combustion engines, increasing efficiency, performance and reducing emissions. Consortium members include GM, FCA, Ford and this years host, BorgWarner.

Jeremy Worm (MEEM/APSRC) is the principal investigator on a project that has received a $23,945 contract from the US Department of Defense, Army, Tank Automotive Research Development and Engineering Center (TARDEC).

Chris Morgan (MEEM) and Darrell Robinette (MEEM) are co-PIs on the project “Delivery of Hands-on Professional Development Modules in Engines & Transmissions.” This is a five-month project.

The paper received the 2017 Journal of Aerospace Engineering Best Paper Award. An award banquet will take place at the 2018 Earth and Space Conference on April 9-12 in Cleveland.

Charles D. Van Karsen is a recipient of the D. J. Demichele Award from the Society for Experimental Mechanics. Van Karsen has been a member of the Michigan Tech Department of Mechanical Engineering – Engineering Mechanics since August 1987. Prior to this he had a twelve year career as a practicing engineer in the Machine Tool, Automotive, and Software industries. He specializes in Experimental Vibro-Acoustics, NVH, and Structural Dynamics. His research efforts have concentrated on experimental noise and vibration methods related to automotive systems and subsystems, large home appliances, machine tools, and off-highway equipment.

This award, established in 1990 in honor of Dominick J. DeMichele (1916-2000), recognizes an individual who has demonstrated “exemplary service and support of promoting the science and educational aspects of modal analysis technology.” This award is presented annually at the International Modal Analysis Conference.

Read more at the Society for Experimental Mechanics.

Goopy GIF: You Can’t Look Away from This Mesmerizing Experiment

As a series of goopy platforms climb down a bolt in a mesmerizing GIF posted on Reddit, it almost looks as if Mario should hop from one to another.

But this isn’t 1990’s video-game graphics, it’s real life. The GIF shows a demonstration of ferrofluid, a suspension of nanosize magnetic particles in oil. The magnetic particles are small and coated in a surfactant, which is a substance like soap that helps to keep the particles evenly distributed throughout the fluid, even when they’re put next to a strong magnet, said Brandon Jackson, a doctoral candidate in mechanical engineering at Michigan Technological University, who has studied applications for ferrofluids.