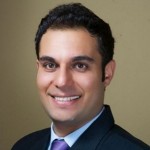 The ME-EM Graduate Seminar speaker on Thursday, October 15 at 4:00 in 103 EERC will be Mehdi Maasoumy, PhD Candidate from University of California at Berekley.

The title of his presentation will be ‘A Contract-Based Framework for Integrated Demand Response Management in Smart Grids’.

As a complex cyber-physical system, smart grid involves three closely-related subsystems – the operating system and control algorithms, the physical components and devices, and the sensing and computation devices or embedded implementation platform. In the traditional top-down approach, the control algorithm, the physical components, and the embedded platform are designed separately leading to suboptimal systems. Smart grid ecosystem has been going through major upgrades in three verticals: 1) new hardware such as solar panels, wind generation turbines, and plug-in electric vehicles, 2) new sensing devices such as smart meters and smart thermostats, and 3) new communication and computation infrastructure such as the broadband two-way communication and cloud computation. Consequently, these breakthroughs in hardware and software have paved the way for new operational schemes, such as automated demand response and ancillary service from some unlikely sources such as buildings.

In this new paradigm, buildings are beginning to play new roles in the operation of the smart grid as entities for trading energy in real-time. As a result, the need for re-designing the smart grid architecture and operation is more apparent than ever. We propose an operating system that aggregates all the data from disparate data sources across the whole smart grid value chain, applies analytics on the data. The proposed operating system leverages a dynamic contractual framework that in real-time analyzes the requirements of the grid on one side, and requirements of the building on the other side and performs optimal operation of the whole system while taking into account the constraints of all the components of the grid from buildings to electric vehicle charging station all the way up to the generation units.

Mehdi Maasoumy is a Senior Data Scientist at C3 Energy where he is responsible for developing machine learning algorithms for smart grid applications both in supply side such as revenue protection and load forecasting, and in demand side such as energy disaggregation and customer segmentation. He received his PhD from University of California at Berkeley in 2013. His PhD research involved Model Predictive Control, Machine Learning and Optimization, applied to Cyber-Physical Systems specifically energy systems.

He worked on smart buildings control systems, optimal resource allocation in smart grid and aircraft electric power distribution systems during his PhD. He has authored more than 30 peer-reviewed conference and journal papers and a book chapter in the area of optimal control and machine learning applied to cyber-physical systems such as power systems. He has won several academic awards. He is the recipient of the Best Student Paper Award at the International Conference on Cyber-Physical Systems (ICCPS 2013), Best Student Paper Award finalist at the ASME Dynamic Systems and Control onference (DSCC 2013), and Best Student Paper Award finalist at the IEEE American Control Conference (ACC 2014). He serves on the technical program committee of several academic conferences such as IEEE Green Energy and Systems Conference (IGESC) and IEEE International Symposium on Nano-electronic and Information Systems (iNIS) and IEEE Silicon Valley Computer Society. 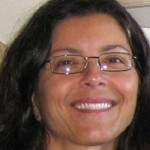 The title of her presentation will be ‘Death Spirals and Energy Independence: The Volatility of Contemporary Energy Policy’.

This seminar will explore the current debate about how electric utilities and other actors are responding to challenges and opportunities posed by solar adoption, illustrating that some of the critical drivers in contemporary energy policy may be about more than technology.

As a scholar-practitioner with extensive federal government experience, Dr. Graffy is a public policy expert specializing in public sector institutional leadership and innovation, the science-policy interface, and contemporary models of public engagement. She has special interest in matters involving risk and rapid change. Her current focus is on energy system transitions and their complex intersections with political and cultural ideals, policy processes, market and legal institutions, innovation pathways, and governance of critical environmental resources.

This event is partially sponsored by the Visiting Women & Minority Lecturer/Scholar Series that is funded through the Office of Institutional Equity from the State of Michigan’s King-Chavez-Parks Initiative. 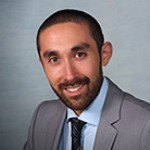 The ME-EM Graduate Seminar speaker on Thursday, September 25 at 4:00 in 103 EERC will be Dr. Daniel
Kawano from Rose-Hulman Institute of Technology – Mechanical Engineering – Engineering Mechanics Department.

The title of his presentation will be ‘Advances in Decoupling’.

Under certain restrictions on system damping, the equations of motion for a linear vibratory system may be decoupled into independent equations that reveal characteristic vibrational behavior. This seminar presents recent advances in the theory of decoupling that allow a vibratory system with general viscous damping characteristics to be exactly decoupled by a real, time-varying, eigenvalue-preserving transformation that generalizes modal analysis. The underlying physics of this decoupling transformation is explained, and the decoupling methodologies for various vibratory systems are discussed.

Daniel Kawano is an Assistant Professor of Mechanical Engineering at Rose-Hulman Institute of Technology in Terre Haute, Indiana. He received his B.S. degree in Mechanical Engineering from California Polytechnic State University (Cal Poly) in San Luis Obispo. Daniel obtained his M.S. and Ph.D. degrees in Mechanical Engineering, with a focus in dynamical systems, from the University of California at Berkeley. His research and academic interests include modeling, analysis, simulation, and testing of dynamical systems; experimental modal analysis; numerical solution of differential and differential-algebraic equations; and pedagogy in engineering education. Daniel’s current research and activities involve exact decoupling of damped, linear vibratory systems,
and the use of online videos, web-based interactive demonstrations, and online
learning platforms to enhance student learning in dynamics. He is also the faculty advisor for Rose-Hulman’s Formula SAE competition team, Rose Grand Prix Engineering.

ME-EM Graduate Seminar: From carbon nanotubes to crowd noise: An overview of interesting topics in acoustics 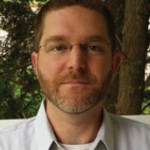 The title of his presentation will be ‘From carbon nanotubes to crowd noise: An overview of interesting topics in acoustics’.

Carbon nanotube (CNT) thin-films are ultra-lightweight, semi-transparent, flexible, and stretchable, films that can create sound through thermoacoustics. CNT thermophones have the potential to replace moving coil transducers and expand the applications of modern loudspeakers through “singing” fabrics. The fundamentals of CNT thermophone operation and key research challenges will be presented.
Underwater acoustics encompasses many disciplines and applications from Navy ships to oil exploration to climate change. Michigan Tech is located in an ideal location, on the shores of Lake Superior, to perform experimental underwater acoustics research through the Great Lakes Research Center (GLRC). Several topics in underwater acoustics will be discussed.
Transducer arrays and wavenumber domain signal processing provide a powerful way to visualize acoustic fields. An overview of techniques including supersonic intensity in reverberant environments (SIRE), and wavenumber processing of panel-to-panel transmission loss will be discussed. Current panel transmission loss (TL) measurement standards are woefully inadequate. Several test facilities can test the same specimen and the results can vary by more than 6 dB. Although panel TL theory is well developed, understanding of the fundamental measurement error is not. Insight into the field diffusivity in the source room will be discussed as well as paths towards an improved measurement standard. Smart controls systems are leading the way towards the realization of cyber-physical systems. An overview of the utility of FPGA-based control systems will be presented. These systems are particularly well suited for safety-critical control applications. Crowd noise is a much discussed topic in the mainstream media. Unfortunately most of the ad-hoc measurements that have been promoted are lacking in scientific rigor. Sound level measurements from Penn State football games will be presented to demonstrate how we can better measure this interesting phenomenon.

Dr. Andrew Barnard is a new assistant professor in the ME-EM department at Michigan Tech. He holds a B.S. and M.S. in mechanical engineering from MTU and a Ph.D. in Acoustics from Penn State. Dr. Barnard is Board Certified by the Institute for Noise Control Engineering and is a Certified LabVIEW Developer.
He spent the last 8 years working as a research faculty member at the Applied Research Laboratory at Penn State, specializing in structural acoustics. Dr. Barnard has general interests in mechanical vibration, noise control, and acoustics.
His specialties include dynamic test and measurement, underwater acoustic intensity, experimental modal analysis, room acoustics, acoustic material characterization, outdoor sound propagation, theoretical acoustics, signal processing, and real-time control systems. Other interests include loudspeaker design and fabrication, architectural acoustics, and engineering education. 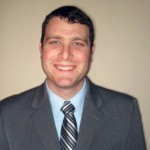 Mandated fuel economy regulations worldwide are driving unprecedented research and development for automobile powertrains. These stringent new regulations require automobile manufacturers to double their current fleet average fuel economy by 2025, while still satisfying customer performance and cost expectations. Advanced internal combustion engines are likely to be prime mover for the vast majority of automobiles in 2025 and beyond due to their relatively low cost as compared to competing technologies. To improve fuel economy and meet global energy demands the number of engine control actuators is increasing and multiple fuels are being considered. The increased engine control complexity brought about by new actuators and fuels motivates the use of model-based control methodologies over traditional map-based empirical approaches. Purely physics based control techniques have the potential to decrease calibration burdens, but must be complex to capture non-linear engine behavior with low computational requirements. This talk will discuss two examples of on-going research related to engine modeling and control system development at Clemson University. First, a semiphysical approach to combustion phasing control for multi-fuel adaptive engines will be examined. This work is intended to adapt to fuel behavior and maintain proper spark timing on-the-fly when fuel type changes. The second example will be focused on the implementation of model predictive control (MPC) to improve engine response during a transmission shift.

Dr. Robert Prucka is an Assistant Professor in the Department of Automotive Engineering at the Clemson University – International Center for Automotive Research. His research interests include the design, performance, control, calibration, and emissions of advanced internal combustion engines. He has extensive engine testing experience, including dynamometer cell design and advanced instrumentation development. Currently, he is developing experimental techniques, simulations and control strategies for advanced high degree of freedom spark-ignition engines to improve fuel economy and reduce time to market. He also performs research related to the performance aftermarket for SEMA member companies. Dr. Prucka teaches two graduate level engine combustion and emissions courses that incorporate fundamental engineering principles, experimental work, and 1-D engine simulation software. He is the faculty advisor for Clemson University’s Formula and Baja SAE student competition teams, and the Director of the Brooks Institute for Motorsports at Clemson University. He has three degrees in Mechanical Engineering from the University of Michigan; PhD (2008), MSE (2004) and BSE. (2000). Prior to joining Clemson Robert has worked for the Ford Motor Company and as an independent consultant for racing engine companies.

There is a report for the Graduate Research Colloquium 2014 with photos and awards.

Michigan Tech’s Department of Mechanical Engineering-Engineering Mechanics jumped from 48th to 44th in the US News & World Report rankings published in “America’s Best Graduate Schools” just in time for their 85th Anniversary. As the Department celebrates 85 years of education, innovation, and invention; the increase ranking reinforces the strides made to be a continuing force in Mechanical Engineering at a national and international level.

“I am extremely pleased and proud,” said William Predebon, chair of the department. “This is just fantastic. The ranking is a recognition by our peers and is the result of hard work on the part of our faculty and staff, as well as the accomplishments of our graduates.”

The US News rankings of individual engineering programs in doctorate-granting universities are based on reputation as measured by feedback from department heads or chairs in each specialty, who rate other programs on a five-point scale. The rankings were released March 13, 2012.