Audrey Mayer and Ashma Vaidya, who recently completed her PhD degree requirements in environmental and energy policy, published an article “Critical Review of the Millennium Project in Nepal” in Sustainability 2016, 8(10), 1043; doi:10.3390/su8101043 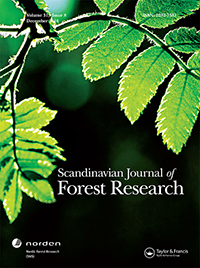 Adam Wellstead  co-authored an article, “Assisted Tree Migration in North America: Policy Legacies, Enhanced Forest Policy Integration and Climate Change Adaptation,” in the Scandinavian Journal of Forest Research.  The article discusses how forest policy-making can effectively address climate change if the policy-making process shifts to a more integrated approach and the challenges associated with the shift. 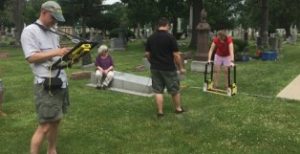 It all began with the labor movement’s fight for an 8-hour work day.

In Chicago’s Haymarket Square in 1886, a peaceful demonstration turned deadly when a bomb was thrown. In the chaos that followed, panicked police started shooting indiscriminately, killing seven of their own officers and at least four workers.

In the wake of the Haymarket Riot, eight members of the labor movement were arrested. After a questionable trial, seven of the leaders were sentenced to hang. Two sentences were commuted by the governor, and one defendant committed suicide in jail, while four men were hanged. While the public outrage at the violence created a “red scare” in the United States that set back the cause of the eight-hour day, the martyring of innocent labor leaders galvanized union organizers around the world. May Day celebrations around the world still commemorate those executed because of Haymarket.

Now, 130 years later, 21st century technology and a group of determined historians and archaeologists are bringing the historic Haymarket Affair back into people’s awareness. And Michigan Tech industrial archaeologist Tim Scarlett is playing a small part.

In 1892, leaders began erecting a monument to the Haymarket martyrs at their graves in Forest Home Cemetery in Forest Park, a suburb of Chicago. Before the monument was raised the following year, they buried a time capsule under the cornerstone, containing letters written by the martyrs themselves, family photos, newspaper articles printed at the time and documents from labor unions.

As decades and generations passed, the time capsule was forgotten. Read the full story. 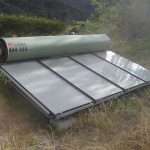 On the Road: Durfee Travels to Iceland 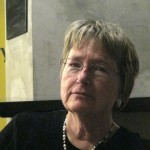 Mary Durfee (SS), participated in the Polar Law Symposium and Arctic Circle held in Akureyri and Reykjavik, Iceland, October 5-9, 2016.  She gave a paper, “Free Trade: The Expected Impacts of TTIP and CETA on the Arctic” and chaired a panel devoted to Sovereignty and Its Contestation at the Poles. 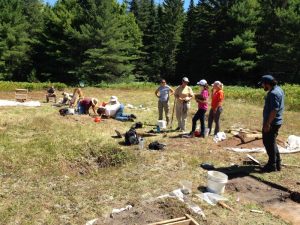 In August 2016, the Hiawatha National Forest partnered with Michigan Technological University sponsored a Passport In Time (PIT) project at the former logging settlement of Coalwood. The site was occupied by Finnish Immigrant families who cut cordwood for the Cleveland Cliffs Iron Company between 1900 and 1912.  One goal of the project was to assess the damage caused by recent looting activities.

In an image provided by PIT, Professor LouAnn Wurst instructs members of the PIT Crew. 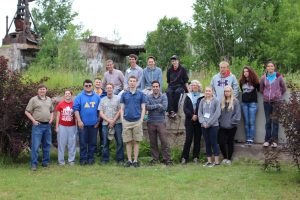 Students will be involved in a National Science Foundation Innovations at the Nexus of Food, Energy, and Water (NSF INFEWS) funded interdisciplinary research project.  The project focuses on understanding and seeking ways to reduce greenhouse gas emissions through conservation of household-scale food, energy, and water. FEW PhD Position Description-1