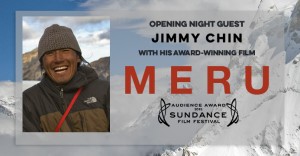 Lisa Johnson (VPA) presented poems from her collection, “Addition and Subtraction,” in July at the Second International Poetry Festival of Aguacat’n in Huehuetenango, Guatemala. The Aguacat’n International Poetry Festival was initiated by the Macondo Literary Group of Guatemala and is supported by the Editorial Ediciones Caffeine and Converged Voice Literary Magazine. Poets from Mexico, Honduras, Dominican Republic, Guatemala, Germany and the US presented their work during the three-day event.

Mike Irish (VPA) was interviewed for Just Jazz Guitar magazine. You can watch the interview on two supplemental videos online.

Video 1: Five Sax Arrangement of “Round Midnight” (An adaption of a Robert Conti solo guitar arrangement)

Video 2: Some Like It Cool – A Film About Mike Irish

Just Jazz Guitar Online features the greatest players, educators and writers in the field of jazz.

Music on the Menu: Irish Fiddlers at PLDL

The Portage Lake District Library invites everyone to bring their lunch and enjoy “Music on the Menu,” an outdoor series of events held on the dock outside the library tomorrow.

Libby Meyer (VPA) will be joined by Copper Country Suzuki Association fiddlers from noon to 1 p.m. They will perform traditional Irish jigs, hornpipes and reels. The audience is welcome to dance.

Everyone is invited to bring their lunch and relax while listening to some great music. In the event of bad weather, the program will be held inside the library.

Library programs are free and open to all. For more information, call the library at 482-4570 or visit http://www.pldl.org.

The Rozsa Center and Visual and Performing Arts 2015/16 season presents a little something for everyone. The season includes more than 39 events, encompassing film, lectures, music, art gallery exhibitions, dance and more. From Shakespeare and ballet, to comedy and jazz, Rozsa shows will entertain all tastes and ages. The season even includes an opportunity for local young dancers to perform alongside professional ballet dancers in The Nutcracker.

Season ticket packages will be available for purchase starting Aug. 1 and will end Aug. 31. The prices are as follows:

Those with a full subscription from last year have had their seats reserved and can repurchase them this year. You can purchase your ticket packages by calling 7-2073, visiting the ticket office at the SDC or going online.

Available this year are convenient pocket calendars featuring the monthly big events. You can find these handy calendars around town, campus or at the Rozsa this week.

Key Ingredients is presented by the City of Hancock and HBPA (Hancock Business Professionals Association).

The recipients of the 2015 VPA awards to graduating students are: 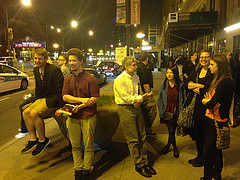 The Keweenaw Symphony Orchestra took its inaugural concert tour of Chicago in April 2015.