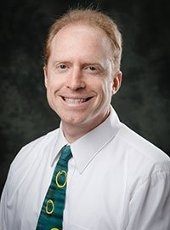 Alternative food supplies could maintain humanity despite sun-blocking global catastrophic risks that eliminate conventional agriculture. A promising alternative foods could be made from leaf concentrate. However, the edibility of tree leaves is largely uncertain. To overcome this challenge, the ChARM laboratory in collaboration with Joshua Pearce is developing methods for obtaining rapid toxics screening of common leaf concentrates. We use a non-targeted approach using an ultrahigh resolution hybrid ion trap orbitrap mass spectrometer with electrospray ionization coupled to an ultrahigh pressure two-dimensional liquid chromatography system on the most common leaves.

END_OF_DOCUMENT_TOKEN_TO_BE_REPLACED

The Princess and the Water Treatment Problem

Our new mass spec examines various chemical samples at much finer resolution that ever before. Water treatment processes greatly benefit from the mass spectrometer’s analyses. In the United States, more than 130 million chemicals are registered with the American Chemical Society, and roughly a few thousand of them are in daily use. However, the U.S. Environmental Protection Agency regulates a fraction of that—about 60 organic compounds.

END_OF_DOCUMENT_TOKEN_TO_BE_REPLACED

May the Force Be with You: Sangyoon Han Brings Mechanobiology to Michigan Tech

“Cells are sensitive to mechanical forces outside the cell membrane,” says Sangyoon Han, who joined the Department of Biomedical Engineering at Michigan Tech as an assistant professor last fall. At their basal surface, however, cells are interfacing with something called the extracellular matrix (ECM), which supports the cell not only chemically but also mechanically.”

“Over the past 20 years, it has been revealed that the rigidity of the extracellular matrix can greatly influence the physiology and pathology of cells and tissues, including differentiation, survival, proliferation, altered drug response, and tumor progression,” adds Han. “In the case of a tumor, an increase in tissue stiffness—without any changes in genetic information and chemical environment—can cause tumor progression. There is also an evidence showing that cancer-targeting drugs do not work when cancer cells are highly contractile in a very tensed environment,” he says.

To investigate this, Han and his team established experimental and computational frameworks for force measurement and adhesion dynamics quantification. “We apply these frameworks, with cutting-edge computer vision techniques, on live-cell microscope images to find out the fundamental mechanisms underlying mechanosensation in normal cells, as well as the biomechanical signature in diseased cells whose signaling has gone awry.”

Han measures the force a cell transmits to the environment with traction force microscopy. “The force sensor, referred to as a focal adhesion, consists of a special receptor across the membrane and over 100 cytoskeletal adaptor proteins. These focal adhesion proteins have redundant and diverse roles in signaling and structural development of the adhesion,” he explains.

Using high-resolution imaging of living cells on a soft substrate, Han captures gel deformation and force-sensing protein trajectories at the same time. Han’s novel force-reconstruction software converts the measured gel deformation into a force map over a cell footprint. Using time-series data extracted from the image data, he monitors feedback between the cellular structure and its mechanical forces.

Han shares his Matlab-based, open-source software with the mechanobiology community. In his Mechanobiology Lab at Michigan Tech, Han is also building a physical device using bioMEMS for active force application to cells and tissue. “I firmly believe that engineers can make significant contributions to not only the biomedical industry, but also fundamental biological science.”