The Annual Chemical Engineering Department Awards Convocation was held in the Rozsa Center on April 11, 2013. This is an opportunity to thank the faculty, staff and students for their hard work and dedication. The department recognized the support of Mrs. Karen Hubbard, Kimberly-Clark, Dow Chemical, Dow Corning and UOP for their donations and services, which made this year’s Awards Convocation possible. 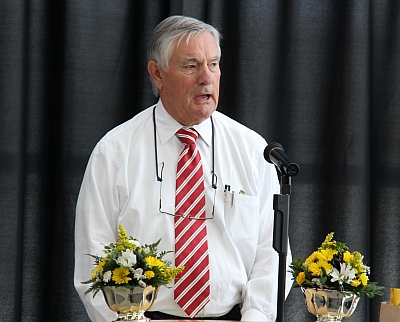 The guest speaker was Mr. James Mack. A native of Mackinaw City, Michigan, Mr. Mack received his BS degree in Chemical Engineering from Michigan Tech in 1959. Upon graduation, he joined Monsanto as a Project Engineer. While with Monsanto he received his MBA from Western New England College.

He spent almost twenty years with Sherwin-Williams where he was Product Manager, Organic Chemicals; Manager, New Business Development, Chemicals Division; and General Marketing Manager, Chemicals Division. He became President of Sherwin-Williams Chemicals in 1978. In 1982, Mr. Mack joined Oakite Products, Inc. as Executive Vice President and member of the doard of directors. In 1984, he joined Olin Corp. as Vice President and General Manager of their worldwide urethanes and specialty chemicals business. In 1990, he joined Cambrex as President and Chief Operating Officer, and in 1995 assumed his current position as President, Chief Executive Officer, and member of the board of Cambrex. Mr. Mack is past Chair of the Synthetic Organic Chemicals Manufacturers Association (SOCMA).

In October 2001, British American Business, Inc. gave him the Transatlantic Entrepreneur Award. In June 2002, Ernest and Young recognized him with the Entrepreneur of the Year Award for New Jersey.

Over the years, Mr. and Mrs. Mack have been tireless supporters of Michigan Tech. Within the Chemical Engineering Department, they have endowed the James and Lorna Mack Chair in Bioengineering to promote biotechnology research and education. Mr. Mack is also a trustee of the Michigan Tech Fund and a member of the Capital Campaign Committee, the Presidents Club, and the National Advisory Board.

Link to video of speech by Mr. James Mack 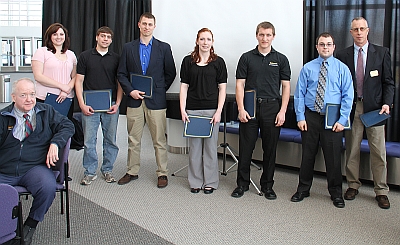 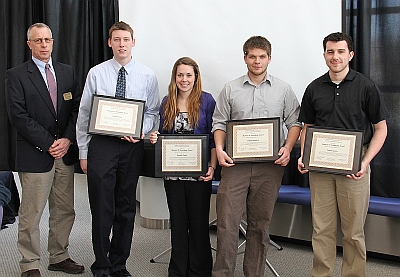 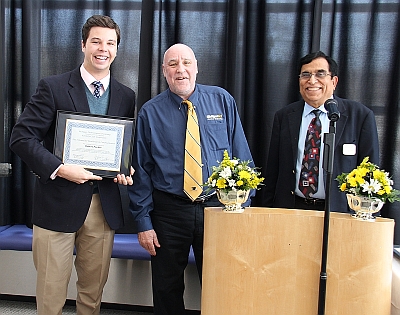 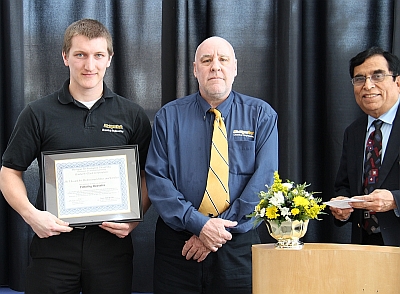 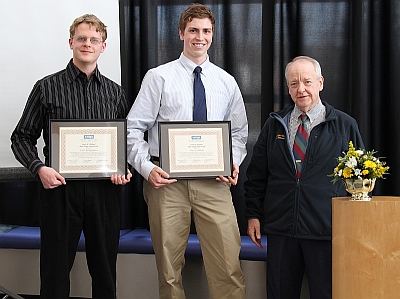 Faculty Awards were presented by Ms. Elizabeth Skultety, AIChE President presented the Teacher of the Year Award to Dr. Tim Eisele, Dr. Caryn Heldt received the “Research Mentor of the Year” award, and the Graduate Teaching Assistant of the Year was awarded to Wilbel Brewer. 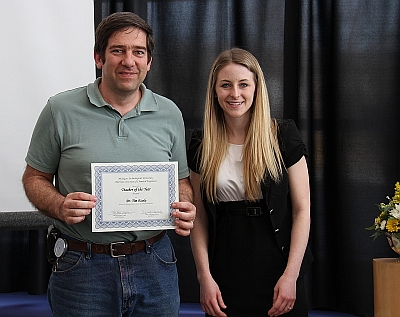 Teacher of the Year Award to Dr. Tim Eisele 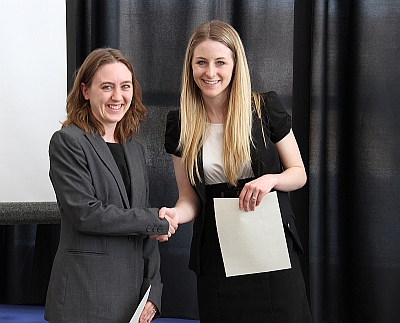 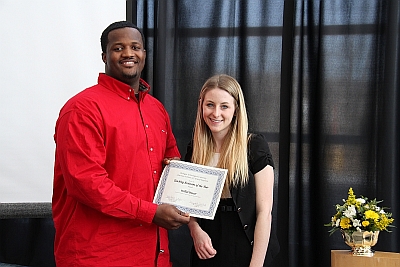 Wil Brewer received the “Outstanding TA of the Year” Award. 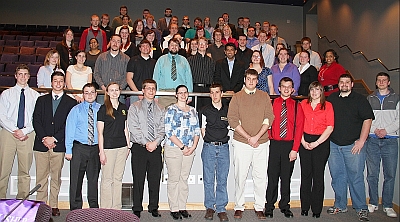