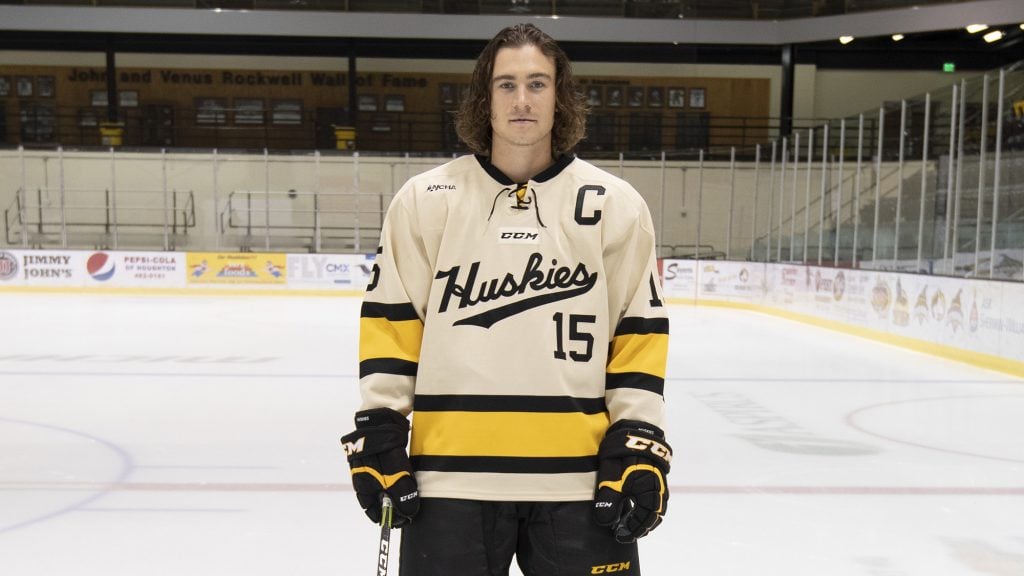 To be nominated for the Hobey Baker Memorial Award is a huge honor. I saw teammates go through it; it was very cool to see them up there. But being in that category is something I never thought would happen for me. I don’t think too much into it, but it is crazy to see the support of the University, and it is such an amazing feeling.

Being on the hockey team, we are given a lot of resources to help us juggle hockey and school. Whenever we need a tutor or help with anything it is always there for us. Coming into college at 20 years old was very different because I wasn’t in school for three years. I had three tutors during my first semester to make sure I was succeeding in my classes. After my first semester, it got a lot easier for me because I was able to juggle school and hockey. During my first semester at Michigan Tech, I was undecided [on a major]. I talked with a lot of people and decided the best major for me would be sports and fitness management. I have zero regrets. I love my major; studying something that interests me makes school so much more enjoyable. I want to play hockey as long as I can after I graduate. If that does not work out, I plan to become a hockey coach. I am getting a minor in coaching.

There isn’t anything to dislike about Michigan Tech. The entire experience has been unbelievable. In my opinion, we have the best fans in the country. The John MacInnes Student Ice Arena is honestly the best experience in all of college hockey. The one class that really took me by surprise was Exercise Assessment. I talked with people who took the class before and they mentioned how it was one of the harder classes in this major. My GPA is right above a 3.0, so my mindset going into the class was to work as hard as I could and hopefully get a B. I ended up getting an A and didn’t get below a 92 percent on any of the exams. The class was so interesting and I think I got an A because I enjoyed it so much.