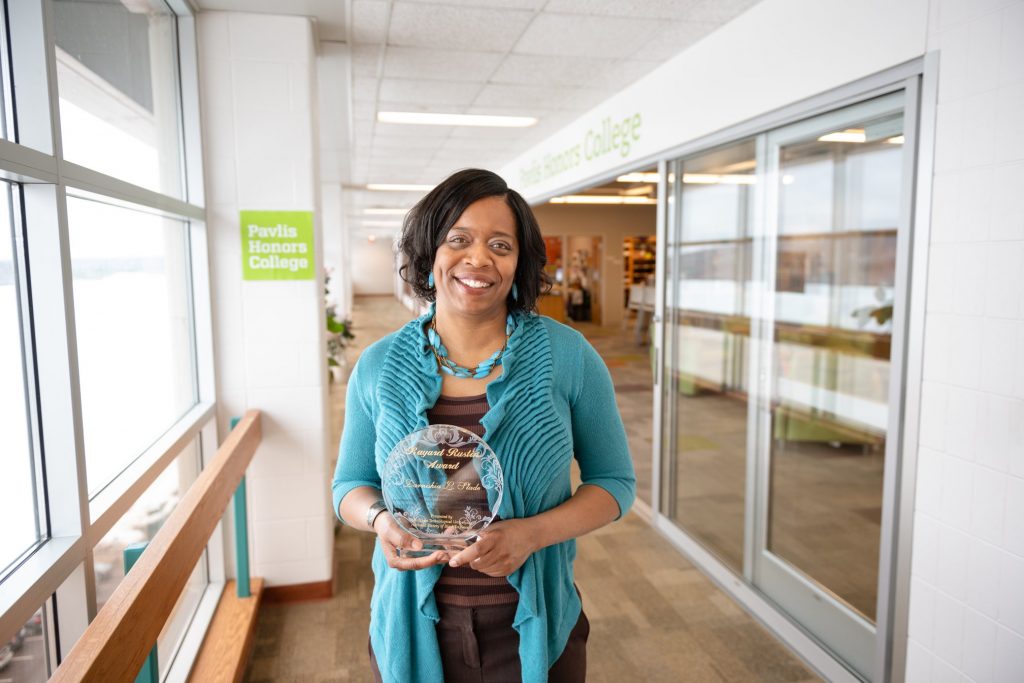 I’m still floored about winning the Bayard Rustin award. Ya know that phrase, do what you would do when no one’s looking? For me to get the award from the students was the highest compliment and really powerful for me.

I currently work in Pavlis Honors College, and it’s a lot of fun. In my 13-plus years at Michigan Tech, I can’t remember the last time I worked. There are long days, hard days, and difficult days, but I can’t remember the last time I worked. It never feels like work for me. I get all of my energy from students. I feel like I secretly get more than I give (laughs). I learn so much, and I’m always challenged in new and different ways. Higher ed is my calling in life; I love being on a college campus. There’s always something going on, something to do, something to think about, something to dialogue about. I’m also one of the advisors for the Society of Intellectual Sisters (SIS) and I was a member when I was a student here. I’m very passionate about it, so I continue to serve in that capacity with the young ladies.

I’m working on a degree, studying mental toughness and persistence. I’m living it and studying it (laughs). A lot of mental toughness and persistence has been studied in top performing athletes or the military. Bringing it into an academic context is pretty cool. The big juicy question is how can we get away from “oh, they have the right GPA or the right SAT score.” There’s just so much more to people that causes them to be successful and I think we just need to look at that a little more. The reason why I am getting the PhD is to be at the table, to be a voice for people who don’t have a voice at the table; so it’s bigger than me. I do believe there’s a level of influence that happens from being at the right table.

I always say “you don’t go through Michigan Tech, Michigan Tech goes through you,” and it is truly an experience. I want to pay it forward every day. The experiences and the support I had as a Michigan Tech student transformed my life. #mtuhumans #mymichigantech #pavlishonorscollege #phdlife 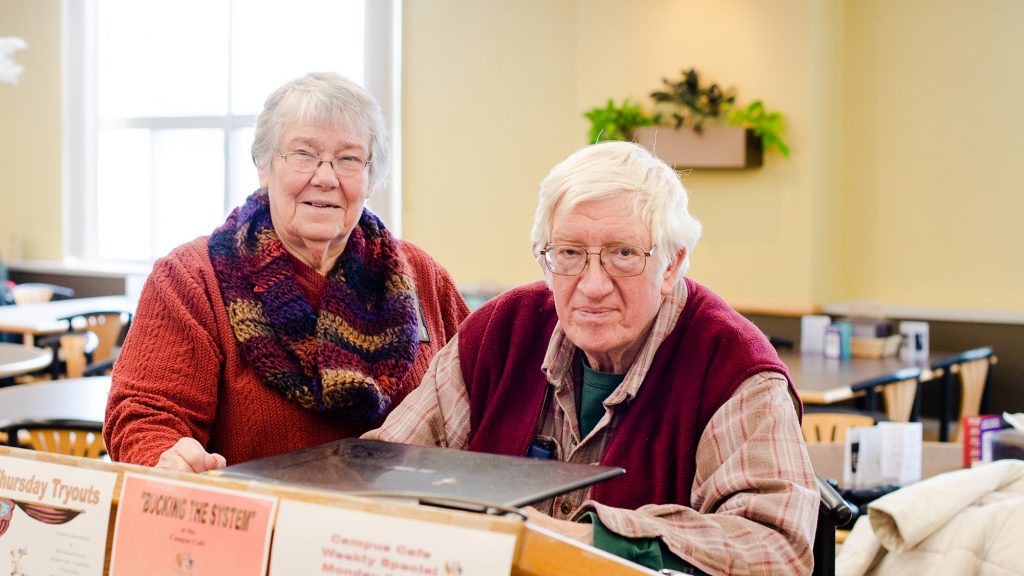