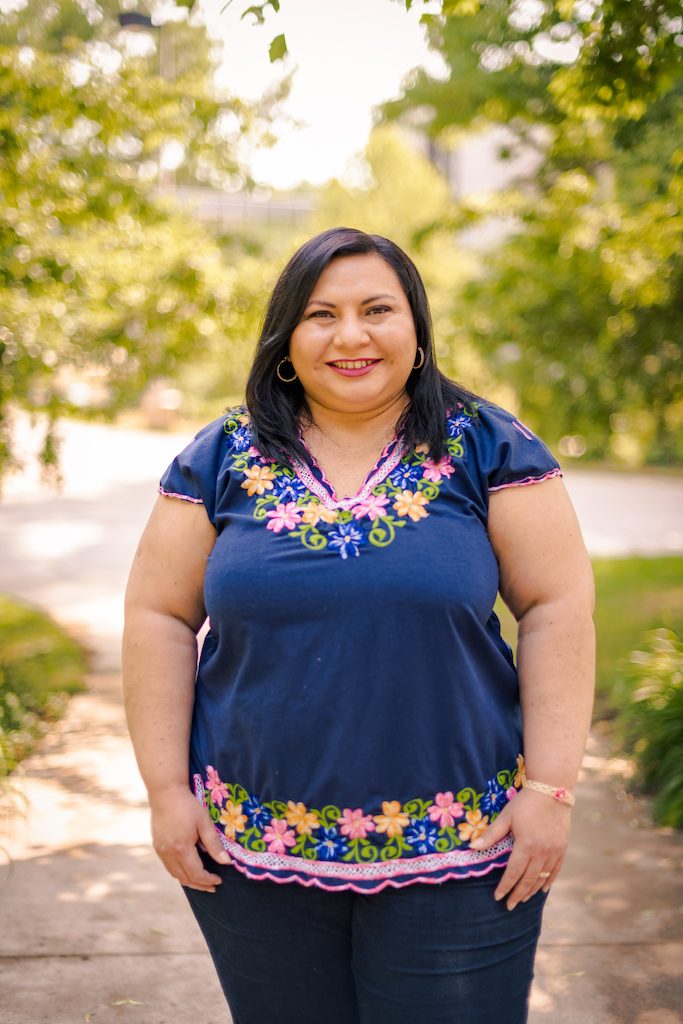 One day I stopped at a grocery store in Merida, Mexico, and met a man who I would later find out was Dr. Richard Donovan of Michigan Technological University’s Sustainable Futures Institute. He was lost and needed directions. I took him where he needed to go. He asked me about my background and I told him I was completing my master’s in social anthropology while working for an NGO and teaching in a college. I told him I wanted to do my PhD in the environment and human rights someday and he said, “We should talk.” But, he was a stranger! I was just trying to help someone; it’s something I like to do—if a person or an animal needs help and I can do it, I do it.

Two or three days later I got an email from the man introducing himself. His email said, “I’m very impressed with your background. You said you wanted to do a PhD and Michigan Tech just opened this new program called environmental policy, so I would like to talk to you more about it.” I was shocked! We had a first interview and I remember he told me about a project he was working on and asked me what I thought about it. I was very honest because it was something I cared about. He said, “I’ll give you a recommendation letter.” That’s how I heard about Michigan Tech and I started my adventure here.