Caryn Heldt (ChE/HRI) is the principal investigator on a project that has received a $201,163 research and development grant from the National Institutes of Health.

The project is entitled, “Dense Phase Electrolytes to Thermally Stabilize Viral Vaccines.” This is a potential two-year project totaling $428,620.

Funeral services were held Friday (Feb. 13, 2020) for Professor Emeritus Anton J. Pintar who passed away on March 7, in Marquette, he was 79.

He was a graduate of Jeffers High School and the Michigan College of Mining and Technology (now MTU) and earned a PhD in chemical engineering from the Illinois Institute of Technolgy.

Pintar was on the faculty of Tech’s Department of Chemical Engineering from 1966 to 2002, when he retired as a professor emeritus of chemical engineering. He was inducted into the MTU Distinguished Academy of Chemical Engineers in 2010. He served on the Houghton County Board of Commissioners from 2007 to 2018. His wife Shirley Pomeranz and five children are listed among his survivors

David Shonnard (Chem Eng/SFI) is the principal investigator on a project that has received a $44,982 research and development cooperative agreement with Clemson University. The project is titled, “Life Cycle Assessment and Technoeconomic Analyses of Lignin Processing: (Lignin Fractionation and Valorization: Focusing on both Value and Quality).”

This is the first year of a potential 3-year project totaling $89,964.

Daniel Kulas to Present at NAMS 2020

The presentation will be at the conference in Tempe, Arizona on May 16-20, 2020. Kulas was nominated by his research mentor Andre Da Costa.

The Elias Klein Founders’ Travel Supplement program supports students needing limited financial assistance and will provide up to $500 in reimbursement for reasonable expenses (e.g. travel cost, registration, workshops) for attending NAMS 2020 to present their research (oral or poster presentation). This award program is named in honor of Elias Klein, whose vision and spirit guided the founding of NAMS in 1985.

At an awards program Wednesday, January 8, 2020, in the Memorial Union Ballroom, staff members were honored with the Staff Council Making a Difference Awards.

Among the award recipients is Department Coordinator Alexis E. Snell. She was nominated by Department Chair Pradeep K. Agrawal for the Legacy Award.

She strikes the perfect balance between being friendly and approachable while ensuring that all tasks are handled in a professional and timely manner. Suffice to say, I would be lost without her guidance and support, and there is little or no margin of error in my current position.

The Legacy Award recognizes a staff member who:

Lei Pan is involved in a multidisciplinary project to improve the efficiency of dust scrubbers in mining operations.

His work and that of Virginia Tech researchers and collaborators from Cornell University incorporates new materials that better collect dust and use the continuous miner’s vibrations to help keep the filters from clogging as often.

In 2019 Pan received funding from the Center for Disease Control for the project “Temporal and Spatial Characterization of Respirable Coal Mine Dust Using Area Monitoring Devices and X-Ray CT.”

Sangareddy: Pradeep K Agrawal, Faculty and Chair, Department of Chemical Engineering, Michigan Technological University, US, on Monday said biomass be it agriculture waste, forest residues or crop remanants can be used to produce chemicals and fuels. The discarded portion of municipal solid waste (MSW) was another inexpensive resource for producing hydergen and carbon, he said. 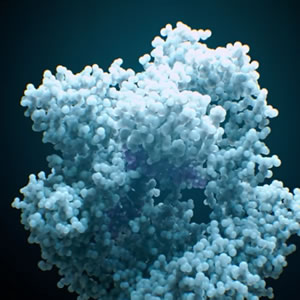 A breakthrough called CRISPR has given us unprecedented control over the basic building blocks of life. It opens the door to curing diseases, reshaping the biosphere, and designing our own children. Human Nature is a provocative exploration of CRISPR’s far-reaching implications, through the eyes of the scientists who discovered it, the families it’s affecting, and the bioengineers who are testing its limits. How will this new power change our relationship with nature? What will it mean for human evolution? To begin to answer these questions we must look back billions of years and peer into an uncertain future.

This film is sponsored by the Department of Biological Sciences and the Health Research Institute.

HOUGHTON — Within six years, targeted gene editing has gone from a pipe dream to routine.

Targeting changes became easier with the use of CRISPR (Clustered Regularly Interspaced Short Palindromic Repeats). The system, discovered by scientist Francisco Mojica, is used by bacteria, which use genetic strands from viruses to repel future invasions.

Heldt’s lab works on gene therapy, including how to manufacture large amounts of gene therapy drugs at a reasonable price. They focus on viral gene therapies, where viruses are modified to replicate not themselves, but a gene missing in a person. Clinical trials on gene therapy for hemophiliacs have been promising, Heldt said; they lack the Factor 8 gene, which causes blood to clot. After one dose of gene therapy, people who once had to go to the hospital after incidents as minor as running into the side of a table now have enough clotting ability to go only once or twice a year for more serious cuts.

“One of the really amazing things with this particular therapy is they’re only making 10% of the factor 8 a normal person makes,” said Heldt, director of Tech’s Health Research Institute. “So it doesn’t take a lot.”

NSF Funding for Lei Pan on Project to Sanitize Produce 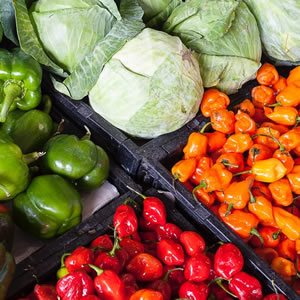 Lei Pan (ChemEng/GLRC) is the principal investigator on a project that has received a $159,999 research and development grant from the National Science Foundation.

Cleaning practices using microbubbles have been proven to be a sustainable and environmentally benign sanitation method in a wide range of industrial applications. When a stream of bubbles impact and slide on a surface, contaminants on the surface can be removed due to the strong force generated by the bubbles.

Bubble-cleaning of agricultural produce like fruits and vegetables has not been studied extensively. Potentially, this method could be used to minimize cases of food poisoning affecting millions of people every year, since bubble streams could be used to remove and inactivate pathogenic microorganisms from produce surfaces.

This research project could lead to a novel technology for an environmentally benign sanitization process for raw fruits and vegetables. The method could even be applied to other technological processes such as semiconductor manufacturing.

Lei Pan is Principal Investigator on a project that has received a $293,614 research and development contract with the Centers for Disease Control and Prevention. The project is entitled, “Temporal and Spatial Characterization of Respirable Coal Mine Dust Using Area Monitoring Devices and X-Ray CT.” This is a potential two-year project.