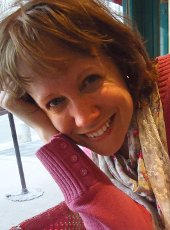 The work of artist Lisa Gordillo will be on display in a one-day gallery exhibit in McArdle Theatre. The exhibit, “Tal vez un cuerpo (maybe a body),” will be shown from 9 a.m. – 5 p.m. tomorrow (July 31), in the McArdle Theatre (Walker 207).

Gordillo has transformed the theatre into a pop-up gallery space for her recent works inspired by U.S.–Latin American relations. Several pieces in the exhibit were shown last summer in Quetzaltenango, Guatemala, while others are new.

The theatre will be open for guests to stop by at any time and view the exhibit. All are welcome.

The filmmakers behind the Michigan-based Northbound series are seeking actors to be extras in an upcoming film shoot at the Great Lakes Research Center (GRLC) on the Michigan Tech campus.

The actual filming will take place from 9 a.m. to 6 p.m. Saturday, Aug. 11. The GLRC will be portrayed as a medical research facility. The extras will be playing a large group of characters who die, after a mysterious outbreak.

The team is looking for 25 to 30 extras in total. Three will be interacting with the main actors, without dialogue. An additional four actors are needed to play military guards, and will be needed between 9 a.m. and 6 p.m. Aug. 11. The majority of extras will play doctors, nurses or lab technicians. All adults are welcome to audition. There are no age or gender preferences.

Northbound is a post-apocalyptic webseries made in the Upper Peninsula, that began in early 2014. To date, there are two seasons currently available exclusively on the online streaming platform Seeka TV, which you can view for free by clicking this link.

The upcoming shoot is intended for the first episode of Season 3, which will also be the final season of the series, and will lead into a feature film called Northstar. This is a community-driven project that has found an audience around the world. The filmmakers are seeking actors to become part of their ongoing effort to bring the UP to a wider audience.