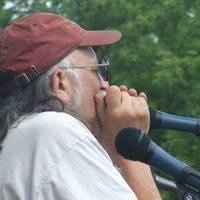 When longtime local resident Ken Steiner passed away suddenly two years ago, family, friends, and the entire community came together for a memorial to celebrate all the lives he touched through his decades of good work to make the Keweenaw, and the world, a better place. From a long list of friends playing the music to the majority of area restaurants where he worked providing food, there was an overwhelming outpouring of love, support and good will. And, above all a strong sense that the work Ken championed, the positive energy and creative spirit he inspired, would continue, carried forward by those who knew and loved him.

This year, the Rozsa Center for the Performing Arts, Michigan Tech’s Dining Services, the Visual and Performing Arts Department, and National Honorary Musical Fraternity Mu Beta Psi, want to extend that spirit and good will, by hosting the second annual benefit in Ken’s honor for his favorite charity: Little Brothers Friends of the Elderly, featuring good food, a cash bar, and once again a host of Ken’s friends and former band mates making the music, on Friday, January 11 at 6:30 pm to 11:30 pm, in the Rozsa Center Lobby. Ticket prices are in a range of “donation levels,” so that everyone who attends can support the fundraiser at a level they choose.

Ticket prices are: $10/$20/$30/donation of your choice. 100% of ticket sales will be donated in Ken’s name to Little Brothers Friends of the Elderly.

Tickets are available online, in person at the Central Ticketing Office in the SDC, by phone at 7-2073 or at the Rozsa Center box office the night of the concert.