Michigan Tech Biologist “Getting the Lead Out”

About 250,000 children in the United States have high levels of lead in their systems, say the Centers for Disease Control. Children under the age of 6 are especially vulnerable to lead poisoning, which can severely affect mental and physical development. At very high levels, lead poisoning can be fatal. 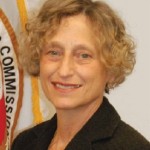 Origins of the Computer Simulation Program in Biology at Michigan Tech

In 1969, while we were picking out the equipment for our new Chemistry-Biological Science building, one of the items that we chose was an Olivetti Programma-101. This was a programmable calculator that could be used for carrying out repetitive calculations, statistical analysis, and data analysis in general. We had little difficulty agreeing that it was something the department needed, as all recognized that this was the direction of the future. When it arrived, perhaps a year before we went into the new building, it was moved into Spain’s office to enable him to learn how to use it. It turned out to be a large, heavy piece of equipment, at least twice as big as an IBM typewriter. It could be programmed by typing in a series of two-character commands, such as A^, B+ and C<. These commands caused numbers to be moved from storage “registers” (B, C, D or E) to the accumulator (A), where one would carry out some numerical operation based on the contents of some other register, then exchange the result with what was in one of the other registers. The memory would hold 32 such commands. These commands and the contents of the registers could be stored on an 8×2-inch card with magnetic backing. The output consisted of a paper tape printout, which could list the program, print input, or data output. Since it behaved somewhat like a computer, it was called a “microcomputer”. It also might have been called a desktop computer, however that term was not prevalent at the time.