Kambrie Boomgaard (Grand Rapids Community College) will be presenting a poster based on research in Dr. Ebenezer Tumban’s research lab.

Her title and abstract are:

Currently, there are about 19 human papillomavirus (HPV) types that can cause cervical, penile, and anal cancers. A Second-generation HPV vaccine (Gardasil-9) has been approved to protect against more HPV types. However, the vaccine is going to protect against HPV types that cause only 86-90% of HPV-associated cervical and penile cancers. Complete protection from all HPV-associated cancers requires the addition of HPV L1 capsid from all cancer-causing HPVs. As an alternative approach to L1, we targeted conserved epitopes on L2 capsid protein to elicit broad protection against more HPV types. We developed bacteriophage (phage) MS2 and AP205 virus-like particles (VLPs) displaying a conserved L2 epitope and consensus epitopes from the L2 of all cancer-causing HPV types. Although some of the L2-phage coat proteins assembled efficiently into VLPs, the assembly of other L2-phage coat proteins were sub-optimal. The main goal of this research was to assess if the solubility and assembly of the sub-optimal L2-phage coat proteins could be enhanced by expressing the proteins in two different bacterial strains and at different temperatures. Our preliminary results show that AP205 displaying L2 is expressed and is soluble in Origami cells induced at 37 °C.

by Center for Diversity and Inclusion

Join the Center for Diversity and Inclusion from 3 to 5 p.m. Thursday June 16, in MUB Ballroom A where students from Delta College, Grand Rapids Community College and Wayne County Community College who have been participating theMiCUP Residential Summer Research Program will present posters.

Join in a celebration of their accomplishments. This event is free and open to the public. Refreshments will be served. 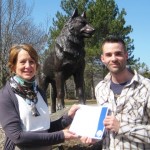 Brent VanAcker, a senior in the Medical Laboratory Science Program, was recently awarded an American Society of Clinical Pathology (ASCP) National Student Honor Award (NSHA). This award is based on academic achievement, leadership ability, community activities, professional goals, and endorsements from faculty and community leaders. Brent will be graduating at the end of this semester and then will be going to Mayo Clinic in Rochester, MN to complete a Clinical Practicum in Medical Laboratory Science. Our congratulations to Brent for earning this prestigious award!

Choi, affectionately known as “CK”, won in the Associate Professor/Professor category, while Fay, a professor of practice, received the award in the Assistant Professor/Lecturer/Professor of Practice category.

Choi received his bachelor’s and master’s degrees in Mechanical Engineering from Chung-ang University in Seoul, Korea and earned a PhD from the University of Tennessee-Knoxville.

He emphasizes a personalized learning connection with each of his students, achieved through active individual meetings while valuing what he calls the “unique ideas, experiences, strengths and attitudes” each student brings to the classroom. Read Choi’s full story.

Fay, a native of Manistique, received a BS in Medical Technology from Lake Superior State College (now Lake Superior State University). She worked in medical labs throughout the country, returning to the Upper Peninsula to earn a Master’s in Biological Sciences.

After serving as hematology superior at a local hospital, she came to Michigan Tech initially as an adjunct faculty member in 2002, eventually turning to teaching full time. Read Fay’s full story.

Fay and Choi will each receive a $2,500 monetary award and a plaque at an awards dinner sponsored by University President Glenn Mroz in the fall.

New board elected to next year’s SMLS club 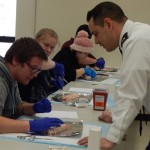 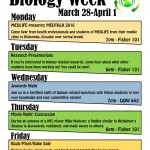 Monday – MEDLIFE presents MEDTALK 2016 – Come hear from health professionals and students of MEDLIFE from their mobile clinic to Riobamba, Ecuador over spring break.  7pm in Fisher 101

Tuesday – Research presentations – If you’re interested in biology related research, come hear about what others students have been working on!  You could be next!  6pm in Fisher 131

Wednesday – Jeopardy Night – Join us in a fun-filled night of biology related questions with fellow students to test your knowledge and your competitive nature. 7pm in Dow 642

Thursday – Move Night: Concussion – During an autopsy of a NFL player Mike Webster, a finding similar to Alzheimer’s disease is discovered, published and made aware to others.  6pm in Fisher 101. 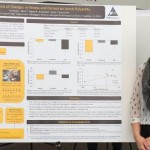 UPDATED: Link to the official news release in Tech Today.

Excerpted from an email from Lorelle Meadows, Dean Pavlis Honors College congratulating the winners of the Undergraduate Research Expo:

“During the Expo, all of the posters were judged by a minimum of 2 faculty judges. The researchers receiving the highest average scores are:

“The Effects of Changes in Fitness and Fatness on Aortic Pulsatility”

Congratulations!  These students will all receive a small token, a $20 gift card to dining services, lunch with the Vice President for Research and an invitation to receive their certificate at the Annual Student Leadership Awards Reception. 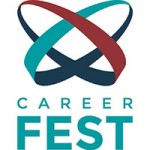 Michigan Tech’s Career Fest presents four days of events designed to highlight careers in the medical field. Open to all students, faculty and the community, Medical Careers Week will be held Jan. 19 to 22. Events will take place in the MUB Ballroom. Here are some highlights of the week’s activities.

For a complete schedule of all activities and events visit the Career Services website.

Read the rest at: http://www.mtu.edu/news/stories/2016/january/four-michigan-tech-students-win-portage-health-foundation-scholarships.html

The pair were two of only 48 NCAA Division II players nationally to earn Academic All-America status. Criteria for the award requires nominees to be in their second year at their institution and maintain at least a 3.30 cumulative grade point average. Voting by CoSIDA members is based on both academic and athletic performance.

VanGoethem is a 3.96 student in biological sciences. He posted a 39.3 yards-per-punt average with a long of 67 yards and four punts inside the opponents’ 20. His punting average was the third best in school history. VanGoethem earned All-GLIAC Honorable Mention following the 2015 season.

Gervais owns a 3.79 GPA in exercise science. Three times in his career he earned All-GLIAC recognition including a spot on the First Team in 2015. Gervais posted 61 tackles, three interceptions, two forced fumbles and a fumble recovery this past year. He finished his career with 203 career tackles and eight interceptions.

Michigan Tech has now had 20 Academic All-America First or Second Team honorees in its history. The most recent were Jacob Clark and Matt Curtin in 2012.