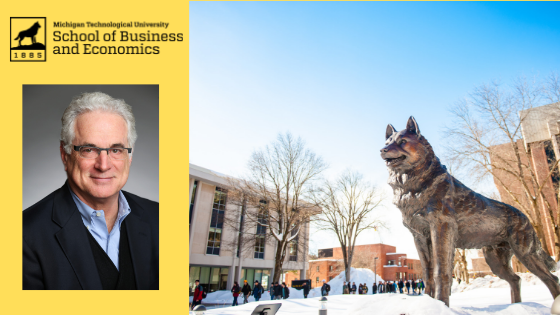 The School of Business and Economics and WGGL Minnesota Public Radio present Chris Farrell, senior economics contributor at Marketplace, American Public Media’s nationally syndicated public radio business and economic program. A social with light refreshments will be offered before the program at 6 p.m. Monday, April 8, in Fisher 135. Following the 6:30 p.m. presentation Farrell will take questions from the audience. The event is free and open to the public.

Farrell’s presentation, “Old Techniques and New Technologies: The Rise of the Creative Economy,” will focus on one of the most exciting economic trends of our era—the rise of an artisan, craft, and creative business economy. Craft businesses like brew pubs and handcrafted snow bikes aren’t quaint artifacts from another era. They’ve grown and expanded and moved from the economy’s tributaries into the mainstream. Equipped with advanced technologies, entrepreneurial artisans can sell into local, national, and global markets.

An award-winning journalist, Farrell is a columnist for Next Avenue and the Star Tribune. He has written for Bloomberg Businessweek, the New York Times, Kiplinger’s, and other publications. He is also economics commentator for Minnesota Public Radio and host of the series, “Conversations on the Creative Economy.” His most recent book is “Purpose and a Paycheck” (HarperCollins Leadership).