The nine students in Michigan Technological University’s MBA program returned from India with a new appreciation for how the rest of the world does business.

“We chose Bangalore because it’s the Silicon Valley of India,” said Jodie Filpus, who directs recruitment and admissions for the MBA program.

The online MBA program includes three residencies, during which the students leave their far-flung homes to meet in person with each other and their professors. Two residencies are held on the Michigan Tech campus. The third and final residency involves a week of international travel. “We do this so the students will be exposed to different cultures, as well as to introduce them to international businesses,” Filpus said.

It would be hard to imagine a city more different from Houghton than Bangalore. “It’s a very interesting place,” she said. “It’s beautiful in many respects, with its temples and palaces, and it’s so rich in history.” However, the population in the city of over 8 million has grown by over 65 percent in the last 10 years and its infrastructure hasn’t kept up, “so it gave me an appreciation for what we have here.”

Led by Assistant Professor Latha Poonamallee of the School of Business and Economics and accompanied by Filpus, the MBA students visited several different organizations, from a pharmaceutical manufacturer to a nonprofit that provides solar-energy-system financing for poor villages.

“It was my privilege to design and lead this international residency, which was a fitting culmination of a well-designed, innovative MBA program that put the School of Business and Economics on the map among top online MBA programs in the country,” Poonamallee said.

During the spring semester, the students prepared for their trip by researching each of the companies and identifying a disruptive innovation to discuss with officials and offer potential solutions. Disruptive innovations are marketplace game-changers, such as iPods and cell phones, that upend earlier technologies.

Assistant Professor Andre Laplume taught them how. First they studied the companies’ products and strategies. “Then they proposed a new business for them to get into,” he said. “They described a new product, developed a rationale explaining why it should be adopted, and wrote an essay about it for their final exam.

“By the time they got to Bangalore and faced the company executives, they had something to bring to the table,” Laplume said. Not only was it a good opportunity to see how businesses function overseas, it also gave the students—most of them middle managers—a chance to display their skills before top-level executives.

Before traveling to Bangalore, student Holly Lehto had already put Tech’s MBA curriculum to good use. “Throughout the program I’ve been reaping the benefits,” she said. “A lot of concepts in the case studies are applicable to my day to day work.”

Her final exercise was to study the Bangalore-based market research firm Mu Sigma. “We talked about the possibility of going public, and we also discussed the possibility of capturing data from electrical transmission lines and selling it to clients,” said Lehto, a project manager for Allonhill, a Denver-based firm that provides due diligence and risk management services to the mortgage industry. “It was empowering to have the ear of these global executives, who were truly interested in hearing what we had to say.”

And there were revelations, said Mike Vigrass, manager of a natural gas compressor station with DT Energy-Michigan in Detroit. “I have traveled internationally, but not to India, and I was quite surprised at how much business was conducted in English,” he said. “At one of the site visits, we talked about the fact that India’s wages are going up, so that they are losing a competitive edge, and their answer was compelling. They said they think in English, which gives them an advantage over other emerging markets, where they have to translate the conversation.”

Another eye-opener was the visit with the nonprofit SELCO, which works to provide solar systems to the poor.  “I found that very interesting,” Vigrass said. “Among US corporations, it’s all about market share, getting bigger. For SELCO, it’s about meeting their customers’ expectations.”

Resource-stretched Bangalore has had trouble grappling with its own growth, he noted. “The population has exploded, and it’s hard for them to keep up their infrastructure.”

That culture shock did not take away from the trip, however. If anything, it made it even more worthwhile. “It was a very valuable experience, just to see how people in other parts of the world work and how they think,” Vigrass said.

Lehto agreed. “Both from a business and a cultural perspective, it was such an amazing trip,” she said.

Rick and Jo Berquist Endow a Professorship in Entrepreneurship and Innovation

Rick Berquist has been associated with four universities in his life: He studied at Michigan State, the Colorado School of Mines, and Georgia Tech; and he has been a leader at Michigan Tech for twenty years.

“I learned more at Michigan Tech than the other three universities combined,” he says now. “I work with a lot of good people making good decisions. Being associated with people of that caliber has been rewarding.” And, although he’s not a business alum, the chemical engineering major says he gained his business acumen through the school of hard knocks.

One of the things he learned at Tech was fundraising. “I learned that anytime you lead a fundraising effort, you give mightily.” He says that with both conviction and a chuckle.

That realization led Berquist and his wife, Joan (Jo), to establish an endowed professorship in the School of Business and Economics with a $1 million estate gift and to fund the position during their lifetimes with annual giving. “I put my money where my mouth is,” he says, “and we get a great deal of satisfaction by doing this.”

They support the School of Business and Economics because it’s Berquist’s belief that engineers need to be well versed in technical issues and business skills. “Engineers need to get businesses going,” Berquist avows. “They need to bring forth products and services that help the country. Also, Michigan Tech does a great job of promoting teamwork, and that’s a big part of any success—create teams that make things happen.”

“This is a major gift in our School—not simply in the amount donated, but in the impact this endowment will have on our academic programs and our research,” says Dean Darrell Radson. “This gift will help us continue our mission to integrate the experience-based learning that will develop leaders in global business and innovation.”

Berquist says he emulates his father, who was a businessman known for his persistence and his product. “He pushed forward and established something for the good of the people. That’s important. You need them as customers.” His father started a propane distribution service in Carney, Michigan, in 1945, and he grew the business into home heating and propane transportation. Rick worked for his father and learned about entrepreneurship from him.

The Berquist professorship will also help the School build a core team of faculty in the areas of entrepreneurship, innovation, and business strategy. The professor will also be directly involved in teaching entrepreneurship classes and advising the Business Development Experience, where business students write and present business plans for new technologies being developed in engineering Senior Design courses and the Enterprise program. Saurav Pathak has been announced as the new Berquist professor. 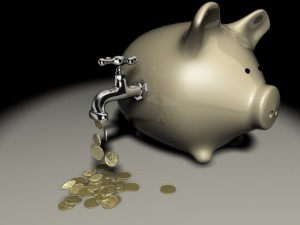 Innovation and Industry Engagement and the School of Business and Economics will host the next panel discussions in the Savvy Entrepreneur series, from 5:30 to 8 p.m., Tuesday, April 12, in the large conference room of the ATDC at 1402 Sharon Ave.

The series provides early- to mid-stage technology entrepreneurs with guidance on key topics that all startups must navigate to realize success. This month’s topic includes “Managing Cash Flow.”

Generate new high-value contacts across the Great Lakes region, while gaining technology, entrepreneur, best-practice insights. As well, learn tricks and tips on understanding cash flow and maximizing the effectiveness of your company.

Todd Rammler is the president of Michigan CFO Associates.

Pavan Muzumdar is the CFA-managing director of Pieris Capital.

Jeremy Sanger is founder and majority owner of Ventech LLC.

Attendance is free, and all students and community members are welcome. RSVP to John Diebel (TED) at 487-1082 or at jfdiebel@mtu.edu .

Light refreshments will be served. 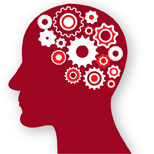 New faculty in the School of Business and Economics will each give a 10-minute presentation, based on recent research, from 3 to 4:30 p.m., Friday, Nov. 5, in Academic Office Building 101. A reception will follow.

Assistant Professor Andre Laplume will present “Windows of Opportunity for Independent Discovery, Invention and Innovation.” He will focus on how do windows open; how long do they stay open; how do they close; and what are the implications for strategic/opportunity recognition?

Assistant Professor Daya Muralidharan will present “Sustainability Economics of Groundwater Usage and Management.” She will address how the general principles of economic sustainability (accumulation of natural, physical and human capital) are applied to groundwater management and groundwater extraction for sustainable growth.

Lecturer Emanuel Oliveira will present “Barriers to Technological Adoption in Spain and Portugal.” He will investigate transformations in the Iberian economies and barriers to the adoption of technology.