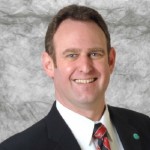 The title of his presentation will be ‘Micro/Nanotechnologies for Field Deployable Environmental Sensing & Biomedical Applications’.

Micro/nanofabrication techniques have become a crucial tool for creating high resolution and/or high sensitivity devices for a wide variety of applications including biomedical, environmental, and space exploration. For example, inexpensive microfabricated sensors combined with low power instrumentation offer unique advantages for remote, electrochemically-based environmental sensing Our group has been actively engaged in the development of coulometric stripping techniques for calibration-free detection of heavy metals with limits of detection on the order of picomoles. Additionally, our group has developed a direct-write process to fabricate micro/nanoscale polymeric fibers to create microfluidic and tissue scaffold structures. Another area of research includes the development of a custom-designed, flexible, thin-film microelectrode array directly interfaced to a multichannel signal conditioning microchip to enable high-quality recordings of the electrical activities of the heart with high spatial resolution, on the order of individual myocytes, to attain valuable information required for studying the mechanisms of cardiac arrhythmias. These projects and others will be presented in this seminar.

Robert S. Keynton is currently the chair, professor and the Lutz Endowed Chair of Biomechanical Devices of the Department of Bioengineering at the University of Louisville (UofL). He received the B.S. degree in engineering science and mechanics from Virginia Tech, Blacksburg, VA, in 1987, the M.S. and Ph.D. degrees in biomedical engineering from the University of Akron, Akron, OH, in 1990 and 1995, respectively. In 1995, he joined the Biomedical Engineering program at Louisiana Tech University (LTU) as an Assistant Professor and became the Associate Director of Engineering for the Center of Applied Physics Studies in 1997 at LTU.

Since joining UofL in 1999 as an Assistant Professor in the Department of Mechanical Engineering, Dr. Keynton has served as the Sr. Associate Director of the UofL Micro/NanoTechnology Center and the interim Scientific Director of the Cardiovascular Innovation Institute. He was named the founding chair of the new Department of Bioengineering in 2005 and promoted to full professor and named a University Scholar in 2006. He co-founded two companies, Assenti, LLC and Ultra Trace Dectection, LLC with colleagues at UofL. He was named a Fellow of the American Institute for Medical and Biological Engineering (AIMBE) in 2007, elected to the AIMBE Board of Directors in 2012, recognized by the Houston Society of Engineering in Medicine and Biology as the 2001 Outstanding Young Scientist of the Year, has 101 peer-reviewed publications (both journal and conference), 128 conference papers, 5 book chapters, 6 patents issued, 11 provisional/non-provisional patents and 10 research disclosures. He has been involved in multidisciplinary research that includes funding from NIH, NSF, DHS, DOE, DoD, NASA, VA, Coulter Foundation & Helmsley Trust.