Andrew Barnard (ME-EM/GLRC) is the principal investigator on a project that has received a $248,517 research and development grant from The U.S. Department of Defense, Office of Naval Research.

Other awards the team received in the SI category are:

In the Diesel Engine Category the team won the Quietest Snowmobile award. William Predebon,  J. S. Endowed Department Chair and Professor in the Department of Mechanical Engineering-Engineering Mechanics said the wins were impressive.

“Teams from 14 universities from as far east as SUNY- Buffalo and as far west as the University of Idaho, and as well Ecole De Technologie Superieure in Canada participated in the competition. It is unusual to win so many categories in the SI competition. This is an impressive accomplishment by our team of students from several College of Engineering Departments.”

The Michigan Tech Society of Automotive Engineers (SAE) Collegiate Branch won an award at the Milwaukee chapter night. Michigan Tech placed second in the presentation results. The chapter was awarded $2,200.

John Bloom-Edmonds, Tristin Franckowiak, and Jacob Romang attended and presented at this event, which featured a snowmobile and formula car.

“It’s an exciting time for NASA and students across the country,” said Drew Hope, Game Changing Development program manager at NASA’s Langley Research Center in Hampton, Virginia. “Thanks to our partnership with the Office of STEM Engagement, this is the most money NASA has awarded in a student challenge directly connected to Artemis. I look forward to seeing the inventive designs come to life as well as how they can advance our exploration capabilities in permanently shadowed craters on the Moon.”

The selected teams will develop ways to collect data in and around permanently shadowed regions, generate wireless power for future infrastructure, enable autonomous mobility even in the most extreme environments, and more. Such systems could benefit NASA’s Artemis program and be used to study the Moon ahead of a human landing in 2024 or help establish a sustained presence by 2028.

The award values vary and are based on each team’s proposed concept and budget. Among the 2020 BIG Idea Challenge awardees is Michigan Tech.

A small rover to lay lightweight, superconducting cable that tethers to a lander as it traverses craters in permanently shadowed regions. Once in its final destination, the rover acts as a recharging hub and communication relay for other robots working in the area, providing continuous power without requiring direct sunlight.

The grants will be used to develop and test the technologies in simulated environments over the next 10 months, demonstrating their readiness for a potential lunar mission as early as 2023. The teams will present the results of their research and development to a panel of NASA and industry experts at a face-to-face design review in November 2020.

NASA has partnered with different universities to develop technologies that it will use for its upcoming mission to the Moon. The agency confirmed that these new technologies would be used to explore the lunar surface’s dark side.

The other universities involved in the upcoming lunar mission are Massachusetts Institute of Technology, Michigan Technological University, Northeastern University and the University of Virginia. Teams from these universities will help NASA in collecting valuable data from the dark regions of the Moon.

Greg Odegard (ME-EM/MARC) is the principal investigator on a project that has received a $3,825 research and development grant from the University of Massachusetts-Lowell.

The project is titled, “Multiscale Modeling of Advanced Fiber-Reinforced Thermoset Composites During Curing.”

This is a potential two-year project totaling $6,885.

Bo Chen (MEEM/AIM) is the principal investigator on a project that has received a $121,704 research and development contract with UChicago Argonne, LLC. The project is titled “FY2020 Interoperability and Grid Integration Support.”

This is a potential two year project.

Ezra Bar-Ziv (ME-EM/APSRC) is the principal investigator on a project that has received a $21,047 research and development grant from Michigan State University. The project is entitled, “Chlorine Removal from Plastic Wastes.” This is a three-month project.

Paulu van Susante (ME-EM/MARC)is the principal investigator on a project that has received a $30,000 research and development cooperative agreement from the University of Central Florida.

The project is entitled, “Center for Lunar and Asteroid Surface Science (NASA SSERVI Cooperative Agreement Notice).” This is the first year of a potential Five-year project totaling $150,000.

The Center for Lunar and Asteroid Surface Science (CLASS) node of the NASA Solar System Exploration Research Virtual Institute (SSERVI) facilitates NASA’s exploration of deep space by focusing its goals at the intersection of surface science and surface exploration of rocky, atmosphereless bodies.

REF-RS grants are designed to provide untenured tenure-track academic faculty and research faculty who have been employed for less than six years with resources to develop an externally supported research program.

Bae is an assistant professor in the Department of Mechanical Engineering-Engineering Mechanics, College of Engineering, and the College of Computing. Her research interests include coordination of heterogeneous robot teams, vehicle routing problems, multi-robot system control and optimization, autonomous navigation, and unmanned vehicles. Her main goal of research is development of operational strategy for multi-agent autonomous vehicle systems.

The prestigious SWANA (Solid Waste Association of North America) professional society has awarded second prize in the student design competition to a team from Michigan Tech. Advised by Ezra Bar-Ziv, the team members are: 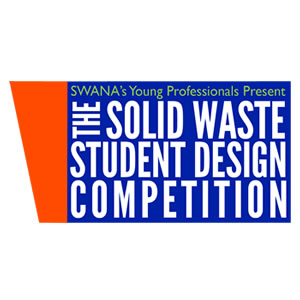 The competition took place in the 2019 WasteCon conference in Phoenix, AZ, on October 21.

The competition aims at providing design experience to the students interested in pursuing an education and/or career in solid waste management. The 2019 project challenged students on “Evaluating Recycling Rate Metrics and Achieving Recycling Goals.”

The article collection, “Advancements in Biomass Feedstock Preprocessing: Conversion Ready Feedstocks,” is one of 10 finalists for the 2019 Frontiers Spotlight Award, which supports important fields of research published as special issues in Frontiers journals. The topic was selected via peer review, based on scientific and societal importance, from approximately 1,000 Frontiers topics in 2019. The topic’s readership is among the most globally diverse of the finalists.