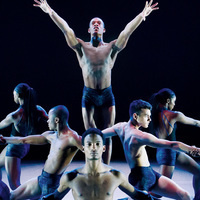 The Rozsa Center for the Performing Arts will present the legendary Ailey II: The Next Generation of Dance at 7:30 p.m. Tuesday (Feb. 27), as a part of its 32-city US tour.

The Alvin Ailey dance spirit shines in Ailey II, known for its exhilarating and timeless performances nationally and internationally. Ailey II has been hailed as “second to none” by Dance Magazine, and noted for its “off the charts energy” by The New Yorker.

The acclaimed 12-member ensemble will inspire audiences in cities across the U.S. and also reach international audiences in France and Spain. The troupe will return home for its annual New York season, taking place at the Ailey Citigroup Theater March 14 – 25.

Ailey II is universally renowned for merging the spirit and energy of the country’s best young dance talent with the passion and creative vision of today’s most outstanding emerging choreographers. One of the most popular dance companies in the country, Ailey II combines a rigorous touring schedule with extensive community outreach programs.

The program at the Rozsa will include the iconic “Revelations,” first premiered by Alvin Ailey in 1960. Judith Jamison, artistic director emerita of the Alvin Ailey Dance Theatre, says, “Alvin was making a statement about African-American cultural experience, saying, ‘Hey, this is who we are, we live here, we were born here,’ It was a brave action. Civil rights were roaring, and our protest was our performance.”

For more information on the tour, visit alvinailey.org.

Tickets are on sale now: $22.00 – Adult, $10.00 – Youth, no charge for students with the experience tech fee. Tickets are available by phone at 7-2073, online, in person at the Central Ticketing Office in the Student Development Complex or at the Rozsa Box Office the evening of the performance. The Rozsa Box Office opens two hours prior to performances.