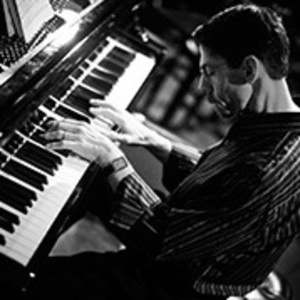 The three-day festival celebrates more than 50 years of jazz at Michigan Tech. Things get started Thursday, March 22, with the showing of the film “The Ballad of Fred Hersch,” at 7:30 p.m. in the Rozsa Center. The documentary recounts Hersch’s role as a jazz pianist icon — he’s led and co-led more than 30 albums and received eight Grammy nominations — and his experience coming out as gay and HIV-positive in the early 90s. The New York Times described Hersch as “singular among the trailblazers of their art, a largely unsung innovator of this borderless, individualistic jazz — a jazz for the 21st century.”

The Don Keranen Memorial Jazz Festival will take place at 7:30 p.m. Friday, March 23 in the Rozsa Center. The festival features the Research & Development Big Band and the Jazz Lab Band. According to Mike Irish, director of jazz studies, “Don originated the Jazz Lab Band in 1967, and since then, it has grown into one of the most respected non-major jazz programs in the country.”

The festival will conclude with a performance by the Fred Hersch Trio at 7:30 p.m. Saturday, March 24, offering a chance to see “the most arrestingly innovative pianist in jazz over the last decade” in action, as per Vanity Fair magazine.