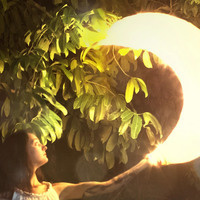 Love abounds. Trickery and magic reveal lovers and fools. “A Midsummer Night’s Dream“ brings together some of Shakespeare’s most memorable characters in a romantic and hilarious adventure.

Lysander loves Hermia, but Hermia loves Demetrius. The trouble is Demetrius loves Helena who believes she loves Lysander. This is what happens when a love potion gets into the wrong hands. How does it end? Happily, of course. But the mad romantic romp won’t end until magic restores the lovers’ senses.

Director Patricia Helsel (VPA) says the production features actors from all across campus, as well as community and staff members. “Christopher Schwartz (KIP), plays Oberon, the King of the Fairies. Mark Wilcox (UMC) joins the cast as Quince, leading the comedic troupe of artisans.”

“A Midsummer Night’s Dream” is sure to delight with spectacle, sound, love and humor.

Tickets for are on sale now, $15 for adults, $6 for youth, and no charge for Michigan Tech students with the Experience Tech fee. Tickets are available by phone at 7-2073, online, in person at the Central Ticketing Office in the Student Development Complex or at the Rozsa Box Office the evening of the performance.

Note the Rozsa Box Office is only open one hour prior to performances.