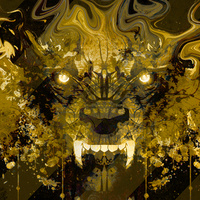 Before you head out for Halloween high-jinks, join the Huskies Pep Band for a special Halloween concert, “Yalloween: Day of The Striped,” at 7:30 p.m. tomorrow (Oct. 31) in the Rozsa Center.

The Huskies Pep Band is a Michigan Tech point of pride and one of the most lauded (and loud) pep bands in the Midwest. Members dressed in “bumble-bee” stripes perform in unscripted and unrestrained glory at concerts, athletic contests, parades and special events all around Houghton and support Michigan Tech teams on the road as well.

The Huskies Pep Band is a nationally-known Division I pep band of nearly 250 members that performs at home football, basketball and hockey games. The band was selected as the host band for the WCHA Final Five Tournament in 2006, 2007, 2008 and 2009.

The Huskies Pep Band is a be-striped, scrambling, irreverent, annoying, distracting force for both good (for our athletic teams) and not as good (for the opposing teams). Since then, the band has performed at many arenas and stadiums (including some from which they have been banned for creating a ‘home atmosphere’ for Michigan Tech’s teams), learned more than eight songs, developed the capacity to breathe fire, been a P.E. credit for many movement-challenged students and reached the age of 50 as a Scramble ‘band.’ —Director of Bands Michael Christianson

Tickets for “Yalloween” at the Rozsa Center are on sale now, $13 for adults, $5 for youth, and no charge for Michigan Tech students with the Experience Tech fee. Tickets are available by phone at 7-2073, online, in person at the Central Ticketing Office in the Student Development Complex or at the Rozsa box office the night of the show. Note: the Rozsa box office opens only two hours before performances.